Esports is the new kid on the block in the global sports scene, and amongst the many Esports professional teams that are out there, T1 is that one team that everyone has heard of, whether they are fans of Esports or not.

Since the team was established in December 2012, it has won three world championships, two Mid-Season Invitationals and nine League of Legends Champions Korea (LCK), becoming the winningest team in all three events. 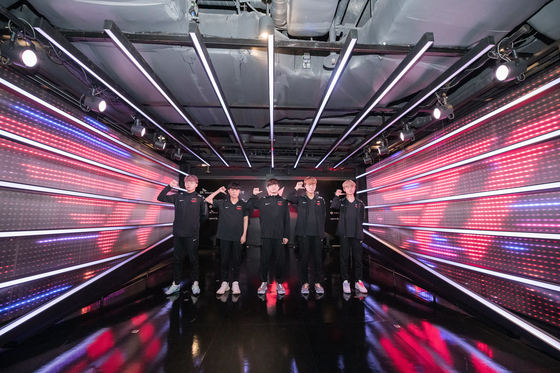 
The five stars of the T1 team are best known by their gaming handles — Lee Sang-hyeok is Faker, Park Jin-seong is Teddy, Lee Sang-ho is Effort, Kim Chang-dong is Canna and Mun U-chan is Cuzz.

The Korea JoongAng Daily sat down with the T1 players to hear more about how they started their career as pro gamers, their personal struggles and moments of glory and their goals for the future.