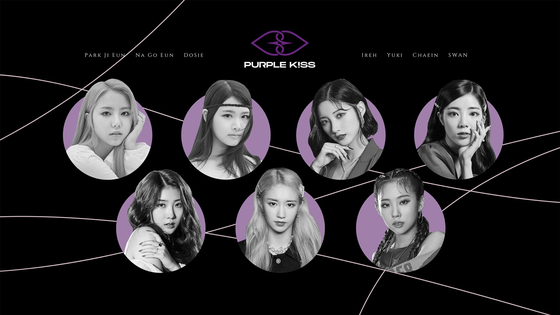 Purple Kiss, which has seven members, will drop its pre-debut digital single “My Heart Skip a Beat” on Thursday at 6 p.m. ahead of the group's official debut. Park Ji-eun, Na Go-eun, Dosie, Ireh, Yuki, Chaein and Swan are the members.

The pre-debut song has a guitar-heavy baseline to highlight the powerful voices of each member. A performance video will also be released alongside the single.

Prior to its official debut next year, Purple Kiss plans to release one more pre-debut single before the year's end.