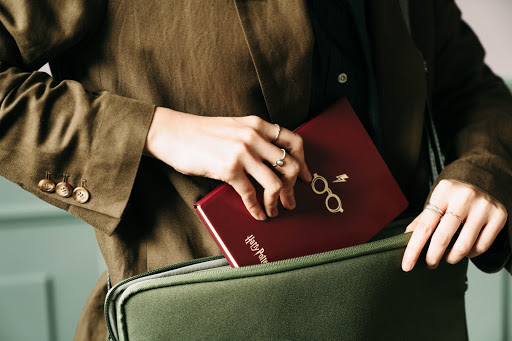 
Harry Potter fans now have a good reason to visit Hollys Coffee thanks to a collaboration between the coffee brand and J. K. Rowling’s fantasy book series which will see the release of a series of yearly planners and bags featuring wizarding and whimsical designs. 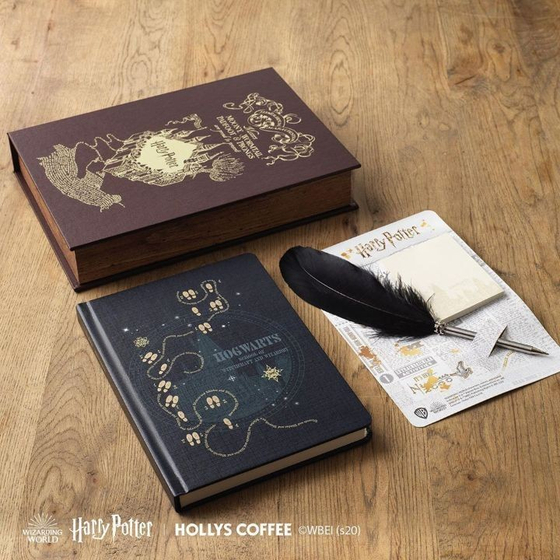 
The coffee franchise’s annual event that awards its most loyal customers followed the lead of Starbucks, which started such promotions in 2004. Since then, franchise coffeemakers have all jumped on the bandwagon and this season will see Starbucks, Hollys Coffee, Ediya Coffee, Tom & Toms, Pascucci, Twosome Place and Coffee Bean each offer their own 2021 yearly planners.

From as few as two to as many as six, the franchises have released various styles featuring Bespoke designs and color palettes. As the competition becomes fiercer each year, the purveyors of coffee have actively reached out to designers and design companies to collaborate and come up with the most stylish planners. Offering more than just diaries, the coffee shops will also present items such as bags, pouches, pens and even stickers. 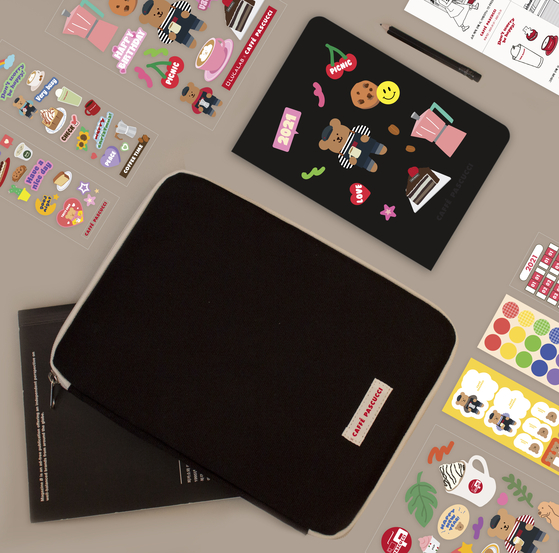 As stocks are limited and items are only available on a first-come-first-serve basis, lengthy queues can often be spotted in front of participating coffee shops ahead of the holiday season, and the items are often resold online for significantly higher prices as stocks decrease. Using online platforms for secondhand goods like Danggeun Market, some even buy stamps from others to collect enough to bag the planners. 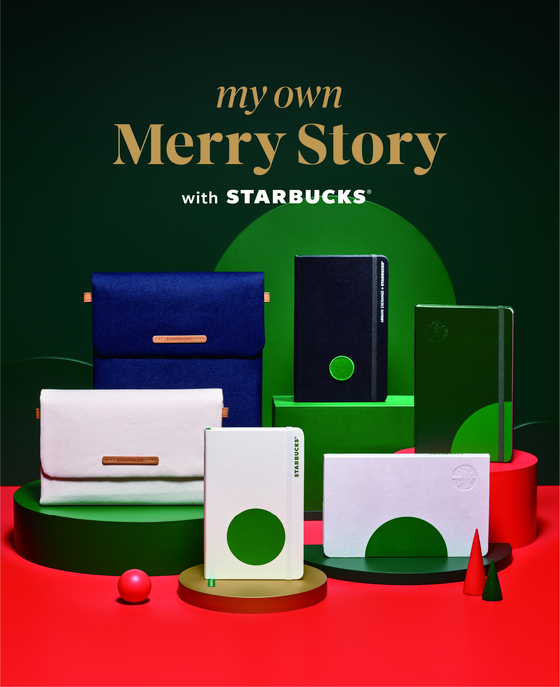 Starbucks collaborated with Italian papermaker Moleskine and the Armani Group for its 2021 diaries. [STARTBUCKS]

The pioneer of this annual event, Starbucks, is giving out not only diaries but also foldable cross-body bags this year. To promote its commitment to sustainability, the brand collaborated with Italian papermaker Moleskine and the Armani Group for its diaries that are made from recycled plastic and fabric remnants. For its foldable cross-body bags made up of recycled yarn, the brand collaborated with fashion brand Rawrow. 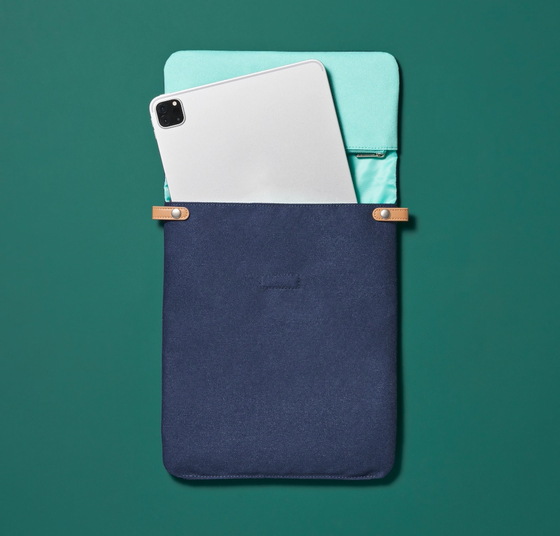 “The Armani Group, Starbucks and Moleskine, three major companies that feel the responsibility to protect the environment for ‘sustainable development,’ worked together on this project,” reads Starbucks’ new 2021 diary. 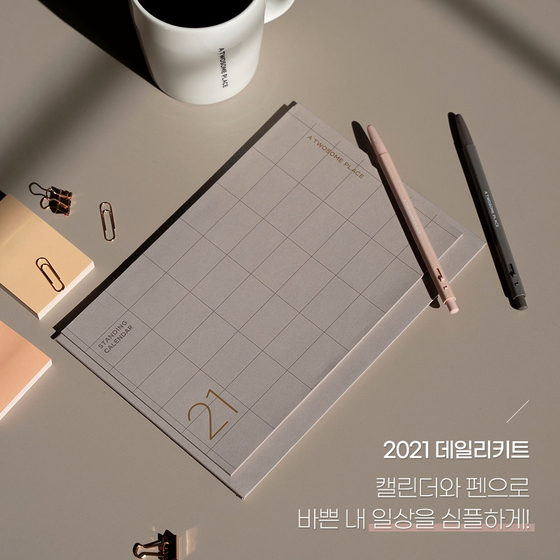 Another popular factor is the practicality and increasing quality of coffee shop diaries.

Korea’s second-largest coffee chain, Twosome Place, focused on producing practical sets of goods that can all be used on a day-to-day basis. The company collaborated with local stationery brand Monami to present two sets of practical daily kits, that consist of a planner, tumbler, calendar, pen, mask and a mask strap. 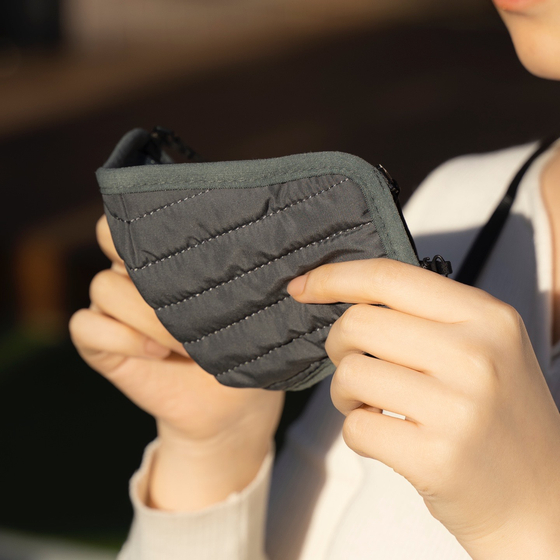 
Some brands targeted those who enjoy decorating their diaries for a personal touch.

Coffeehouse franchise Ediya collaborated with illustrator Jo Hyung-sub, commonly known as Sub Sub, who is popular among millennials thanks to his cutesy illustrations. Pascucci collaborated with stationery brand Luca Lab, which is known for its trendy and practical stationery supplies. Featuring graphic designs by Sub Sub and Luca Lab, diaries offered by Pascucci and Ediya both include sets of stickers to provide the additional joy of being able to add a personal touch. 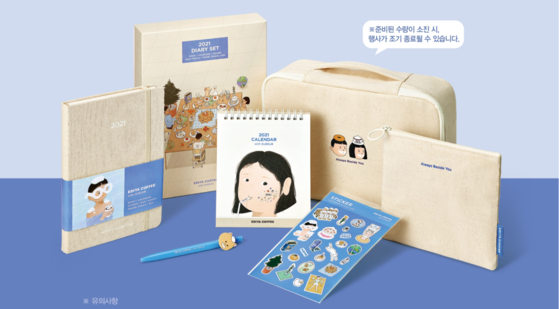 
In August, according to a joint survey by job portals JobKorea and Albamon, 81.3 percent of millennials said that they positively viewed the trend of buying limited goods.

Of the total 2,128 survey participants, 74.2 percent said that they have purchased limited goods offered by their favorite brands or celebrities, 58.8 percent because they felt like owning a rare, limited edition item, 45.2 percent because they could own products that represented their favorite brands and celebrities and 37.1 percent saying that collecting such goods is a fun hobby.

"This year's diary sales are three times higher than that of last year," a coffee shop official said. "Consumers are recognizing coffee shop brands as friendly brands rooted in their daily lives, and seem to be appreciating the designs that present unique brand sensitivity and the value of their limited edition for this season."

Starbucks to start selling online, but not coffee