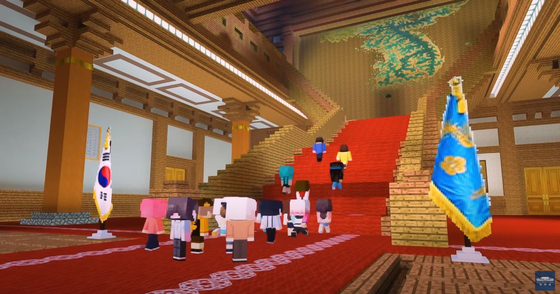 Children take a virtual tour around the Blue House on May 5 on Minecraft. [THE BLUE HOUSE]


Cultural facilities were quick to go online earlier this year to avoid closing and opening their doors due to the coronavirus, but there are some museums that have gone a step further with Minecraft.

Minecraft is a 3-D sandbox video game that allows users to build their own worlds and rules to govern from scratch by stacking one block at a time. Sandbox games refer to an element in video game play that endows users with a high level of creativity to build and run their own virtual worlds, such as The Sims or the RollerCoaster Tycoon game series.

Developed by Swedish studio Mojang in 2009, and published by Microsoft Studios, Minecraft has proven to be the most popular game in the world, with sales surpassing 200 million copies in May. According to Microsoft, it saw a surge in sales earlier this year due to the coronavirus, with a 25-percent increase in new players in April. 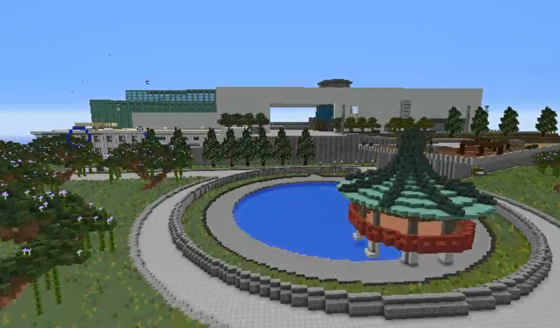 The Children's Museum and the National Museum of Korea is displayed on Minecraft. [CHILDREN'S MUSEUM]


On Dec. 1, the Children’s Museum, located within the premises of the National Museum of Korea in central Seoul, opened its first online virtual exhibition on Minecraft to allow users to not only look around the museums and its exhibitions, but also take part in mini-games within the game from the safety of their homes.

The experience starts with users logging into Minecraft, connecting to the Children’s Museum server and being given the mission to find “the stolen symbol of the museum, the Wisdom Rabbit” as well as 10 additional missions, such as gathering trees to build a hut for the prehistoric village, lighting a fire to make pottery and trying on traditional attire and accessories from the Three Kingdoms Period (57 B.C.-A.D. 668). After they complete all the missions, they are given an “Adventure Ticket” that lets them go on a duck boat or railbike rides in the museum garden. 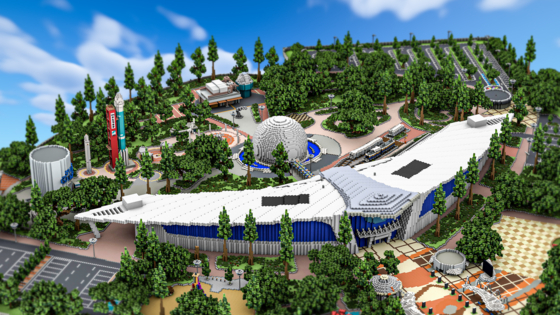 
“We hope that children get a chance to enjoy games while learning history through useful content during a time where Covid-19 keeps them away from schools and stuck at home,” said the museum.

The Children’s Museum is not the first to make use of Minecraft to cater to online visitors.

Last month, Gwacheon National Science Museum in Gyeonggi held its "SF2020 Science Festival" from Nov. 6 to Nov. 15, during which the museum built a cyber-replica of the museum within Minecraft and presented a game called the SF Virtual Experience game. As the festival’s keyword was artificial intelligence (AI), the game was designed for players to interact with AI and think further about the coexistence with AI in the future. 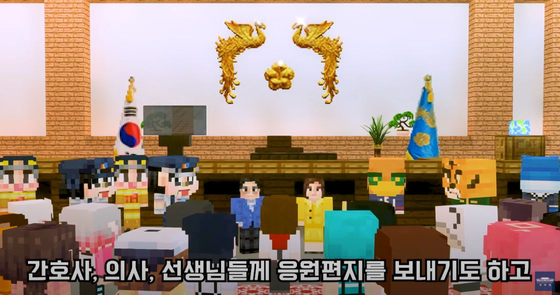 Characters of President Moon Jae-in and First Lady Kim Jung-sook talk to children who took part in a virtual tour of the Blue House on May 5 on Minecraft. [THE BLUE HOUSE]


The museum is still available on Minecraft, but the games stopped running after the festival.

“We felt like the museum was a dead space when it was shut due to Covid-19,” said curator Yun A-yon of the science museum. “So we decided to open up the museum in a virtual space that wouldn’t affect it in the future and make it feel alive. It took us two months just to develop the map to make it as detailed as possible.”

According to Yun, she was inspired by the virtual Blue House tour that took place on May 5, when characters of President Moon Jae-in and First Lady Kim Jung-sook took the children for a tour of the Blue House to replace the annual Children’s Day event. Their voices were recorded to be used as characters, and the children were shown around the building and sat down for a briefing by the Korea Centers for Disease Control and Prevention (now known as the Korea Disease Control and Prevention Agency).

“We were worried that Minecraft might not be accessible to children because it costs 30,000 won [$28] for membership, but it turned out that almost all children have an account,” said Yun.

Game experts picked the idea of “Metaverse” as the keyword to lead the next generation of games at the “2020 Game Content Emerging Market Open Forum” on Nov. 16. Metaverse is a compound of the prefix "meta" and universe, and it describes a space where avatars would allow users to act out social, economic and cultural actions as seen in Steven Spielberg’s 2018 sci-fi hit “Ready Player One.” Sandbox games such as Minecraft that allow a maximum level of creativity are some examples.

"Minecraft is like Lego, but in the virtual world," said Min Kyung-cheon, an account technology strategist at Microsoft's game business unit. "People get to act like the creators within the game, because there are no rules or goals in a sandbox game. It can be used to create any story or meet any means, such as education for children. We at Microsoft are providing new content to help people make the most of our game."