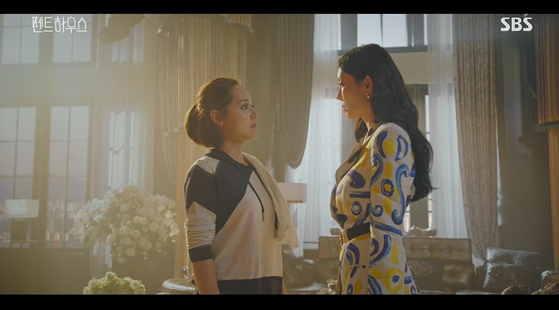 Cheon Seo-jin (actor Kim So-yeon), right, who took Oh Yun-hee (actor Yujin) down to replace her as a popular soprano, tries to get Oh kicked out of the apartment complex where they live whenever she can. [SBS]


“You bullshit about how you’re so different from me, above me. It’s cheap.”

This is a line from the on-going SBS drama “The Penthouse” that runs every 10 p.m. on Mondays and Tuesdays. A once-esteemed soprano Oh Yun-hee (actor Yujin), who had to give up her musical ambitions because she didn’t have the background or money to keep going, berates the residents of Hera Palace, an apartment located smack in the middle of Samseong-dong in southern Seoul, one of the richest neighborhoods in Korea, who do not approve of the fact that Oh has moved into the complex.

Oh's decision to move into Hera Palace came from her desire to not subject her daughter to the same sense of despair and frustration that she once faced, but waiting for Oh at her new home are neighbors who do not approve of her or her family.

Cheon Seo-jin (actor Kim So-yeon), who took Oh down and replaced her as a popular soprano, former news anchor and conglomerate wife Go Sang-ah (actor Yoon Joo-hee) and Kang Ma-ri (actor Shin Eun-Kyung), who is living a new life as a millionaire having come from a less-fortunate background where she previously worked as a masseuse, are Oh’s closest neighbors and toughest adversaries who have their eyes on Oh and remain ready to kick her whenever she's down. 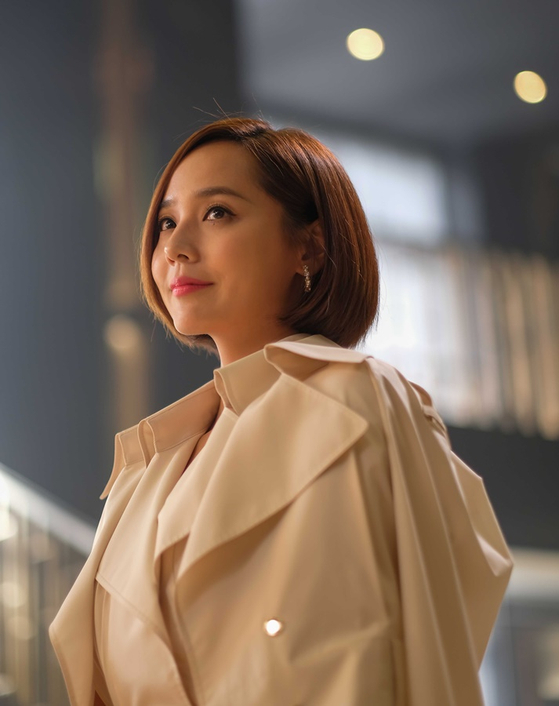 A once-esteemed soprano, Oh Yun-hee (actor Yujin), who had to give up music because she didn’t have the background or money to continue, moves into the Hera Palace apartment complex, where the story takes place. [SBS]


But what brought a refreshing sense of catharsis to viewers is that Oh, a relatively ordinary character, does not back down when faced with her upper-class neighbors and stands her ground with candid and strong words. The 13th episode that aired on Dec. 8 saw a viewership rating of 22.1 percent, over twice as high as the rating for the first episode that aired on Oct. 26. It also surpassed “The Last Empress” (2018-2019), the previous work on which director Joo Dong-min and screenwriter Kim Soon-ok joined forces that peaked at 17.9 percent.

“Screenwriter Kim Soon-ok has the ability to capture people’s instinctual desires,” said Yun Suk-jin, a professor of Korean Literature at Chungnam National University. “The hierarchy at Hera Palace is determined according to the floors the apartments are on, which is the director's metaphor for people’s urge to move up the social ladder.”

And indeed, the characters do not hesitate to show their inner desires. In JTBC drama “SKY Castle” (2018-19), which topped viewership ratings for all cable dramas last year, the focus was on how far mothers trying to get their children into medical school would go. In “The Penthouse,” the conflict is centered between children and their parents — a war between the vocal music students at Cheonga Arts High School who want to get into the school of music at Seoul National University and their mothers, who support them in all ways possible.

It also shares a resemblance to the JTBC drama “The World of the Married,” which stormed viewership ratings by recording 28.4 percent earlier this year, in that the relationship between the couples in the series also play an important factor. But a unique aspect about “The Penthouse” is that the so-called makjang scenes, a Korean word that refers to scenes that cross the line or have no clear purpose. In “The Penthouse,” adultery, kidnap and murder all take place.

“There are so many striking similarities with ‘SKY Castle,’ such as the fact that ‘SKY Castle’ starts with the death of a student, that it wouldn’t be strange for people to think that ‘The Penthouse’ plagiarized its storyline,” said pop culture critic Jung Duk-hyun. “But what makes it incomparable to ‘SKY Castle’ is that there is absolutely no causation whatsoever [in ‘The Penthouse’]. And this is ironically the reason why the events actually seem more probable to viewers.” 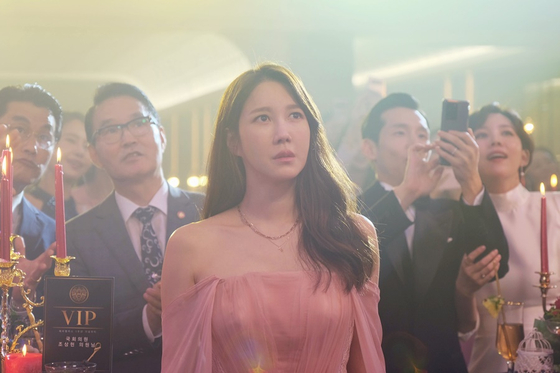 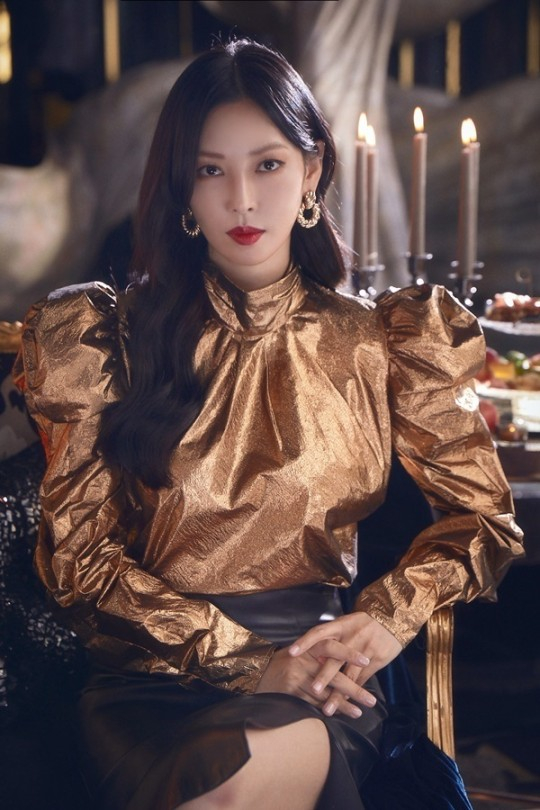 
Once the viewers accept the fact that they have entered the world of makjang, however, they realize that people who do something wrong will always be punished in some way. For instance, after Shim Su-ryeon (actor Lee Ji-ah) finds out that Min Seol-ah (actor Jo Soo-min), who was murdered at the Hera Palace, was her daughter, she takes down the people who were involved in the case one by one. Then Min’s brother Gu Ho-dong (actor Park Eun-seok) from when she was adopted to the United States comes to face Shim as the new villain.

“If in screenwriter Kim’s past works, she had been clear about who was good and who was bad, in ‘The Penthouse,’ everyone has a bit of evil that lurks within themselves,” said drama critic Gong Hee-jung. “It reflects the social atmosphere where it’s hard to survive without being that way. Every episode has a clear flow of beginning, apex and conclusion, with elements of diverse emotions and that helps to relieve people’s emotional stress that’s been amplified due to the coronavirus.”

Yet within the diverse pool of characters, viewers tend to side more with Oh and Shim, who seek revenge, rather than Cheon. Shim uses Oh to seduce Cheon’s husband to get back at her own husband who cheated on her. But the overall sentiment from viewers is that it’s okay to commit a lesser evil to avenge a greater evil, and to side with the lesser evil is to side with justice. 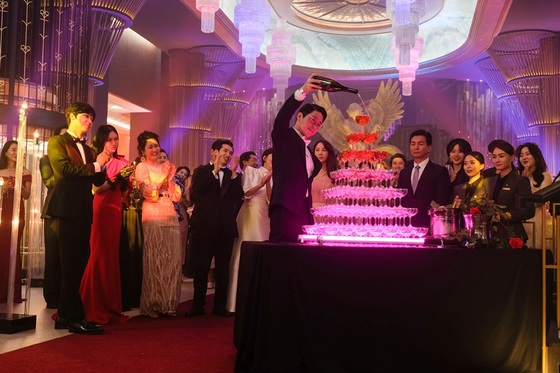 A scene from the SBS drama ″The Penthouse.″ [SBS]


“'The Penthouse’ makes people feel ambivalent, that they want to live an upper-class life like them, but also not live so recklessly,” said Professor Yun. “It gives people the moral superiority by letting them look down on people as cheap when they are swayed by their desires and feel like their lives are better because of it.”

SBS announced that “The Penthouse” will finish its first season with 21 episodes and present the second and third seasons with 12 episodes each. It became R-rated from the fourth episode due to the high level of violence, but still sees complaints every day. But still, it has sold its publication rights to Japan, the Philippines and Turkey as well as Hong Kong and Vietnam, where it’s available on over-the-top (OTT) services.

“The dangers of simplifying a story and always repeatedly crossing the line for stimulus should not be taken lightly,” said critic Jung.

A producer, who wished to remain anonymous, added, “It’s said that director Joo’s directions are so much stronger than screenwriter Kim’s script, that it’s hard to edit the episodes so that they can still be aired. Unless this current situation which forgives everything as long as the viewership is good changes, then the same problem will reoccur again and again."