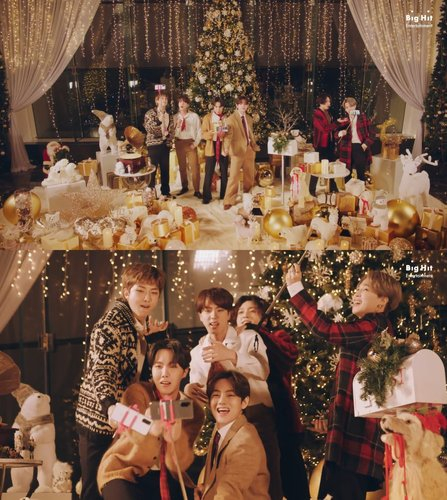 
BTS’s hit song "Dynamite" returned to the top 10 on Billboard’s Hot 100 singles chart thanks to the release of a holiday remix, Billboard announced on Tuesday.

The band’s English-single released in August jumped to ninth place this week from 24th last week. During the aggregation period, "Dynamite" saw its music sales increase by 227 percent and streaming by 7 percent.

The holiday remix version of “Dynamite” released on Dec. 11 has a sound reminiscent of a traditional Christmas carol.