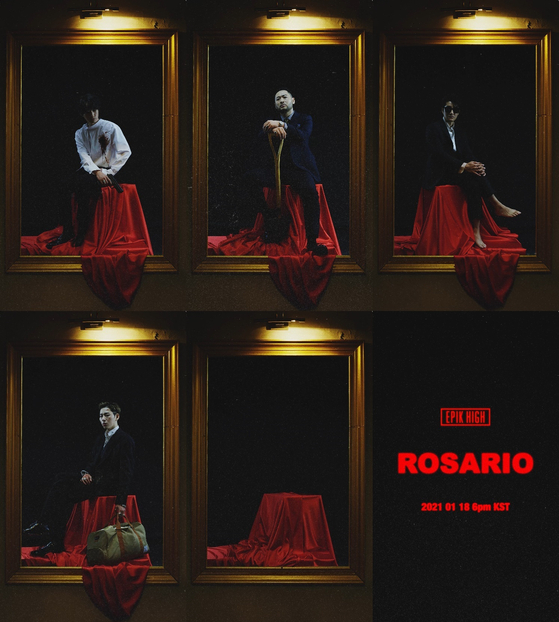 
Hip-hop trio Epik High posted a marketing video for “Rosario,” a track from “Epik High is Here – Part 1,” on TikTok early Wednesday morning. The group’s 10th full-length album is slated to be released on Jan. 18.

“Rosario” features rapper and producer Zico, who is also a member of K-pop boy band Block B.

The teaser is like a short trailer for a thriller movie, featuring each member one by one and then Zico inside a gold picture frame sitting on a red velvet chair underneath a light.

Tablo appears first, holding a gun and with a gunshot wound to the chest, then Mithra Jin appears holding a shovel, and then DJ Tukutz in bare feet. Zico appears next carrying a large bag. A creepy bell rings in the background.

The teaser video suggests there’s another artist in the collaboration in addition to Zico, as one empty chair is shown after Zico.

The full-length album is the first in three years and three months, since “We’ve Done Something Wonderful," which was released in 2017.