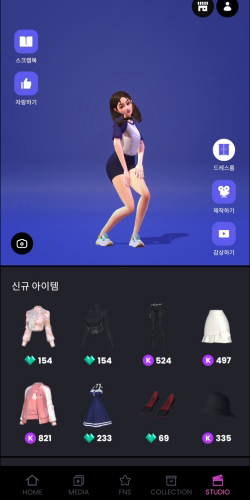 NCSoft's fan platform Universe allows users to dress the avatars of their favorite stars but has been criticized for oversexualizing the female characters in comparison to the males. [UNIVERSE]


Game publisher NCSoft’s K-pop fan community platform “Universe” has been under fire since it first launched on Jan. 28. While it does display NCSoft’s strengths as a game publisher, negative reactions from users point out its lack of understanding of the K-pop fandom culture. The backlash from K-pop fans comes as a tough blow when also considering the announcement from Naver and Big Hit Entertainment that they would be developing their own entertainment platform.

Fandom platforms have recently risen as the most sought-after market leading IT and entertainment companies to join forces. IT companies have seen the potential K-pop has to open the wallets of international fans and are actively taking the chance to form communication platforms between stars and fans. It is now evolving into an online sphere of not just communication, but where production, subscription and payment for related content all take place.

NCSoft has managed to secure a team of 11 K-pop acts on Universe, including singer Kang Daniel, girl group IZ*ONE and (G)I-DLE. Most of these acts have powerful fandoms that purchase more than 100,000 copies of their favorites artist's album within a week of its release. Some 4 million fans, in the hopes of communicating with the stars, preordered the app before its release. But it wasn’t long until that anticipation turned into disappointment.

While NCSoft is familiar with running “mission and reward” functions and “payment” systems, which have long been the features of the online games the company is famous for, Universe users complain that these are not the things they wanted to see in a service aimed at entertainment fans.

The first function of the app to be criticized was “Private Call.” It offers a virtual phone call with musicians using artificial intelligence (AI) and can be accessed through memberships that start at 7,900 won ($7) monthly. This function was criticized for the quality of the sound which sits somewhere in between real and mechanic and sounds "spooky." 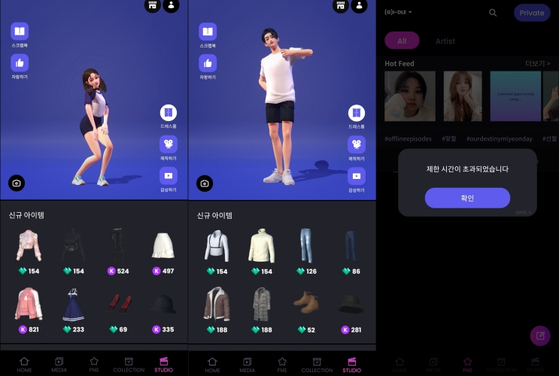 NCSoft's fan platform Universe allows users dress the avatars of their favorite stars but has been criticized for oversexualizing the female characters in comparison to the males.[UNIVERSE] 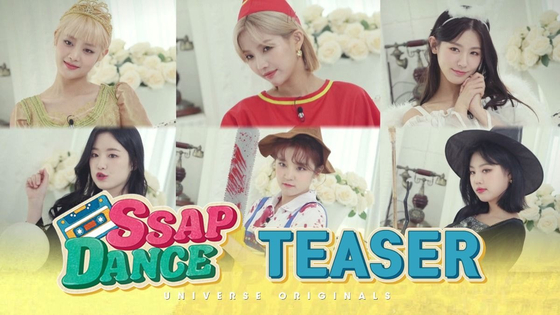 The ″Ssap Dance″ original content series featuring girl group (G)I-DLE is just one of the services being exclusively offered on Universe. [UNIVERSE]


Users have also pointed out that the female avatars of the K-pop stars, which were created using motion capture technology, have been overly sexualized in comparison to their male counterparts. NCSoft said that it “agrees that [the depictions] can be subject to sensitive interpretation.” It said it will heed the fans’ opinions to better aspects they “have not been delicate with.”

The app itself is also a problem. It takes up over 2 gigabytes of mobile memory, larger than most apps serviced on the internet which take up about 400 to 500 megabytes. People testify that they experience frequent lags while using Universe and also expressed concerns that their phones overheat after just a short time of using the app which NCSoft said may have been due to the strain on the server because the app was simultaneously launched in 134 different countries. A real indicator of the app's capabilities will be the “Uni-Kon” online concert that will take place on Feb. 14, featuring 14 different K-pop acts.

The name of the app, Universe, is also the name of the fan community for boy band Pentagon. K-pop fans are very sensitive when it comes to overlapping names or symbols and Pentagon fans have been demanding that the name be changed, even starting a hashtag on Twitter on the day of the app's release that roughly translated to "stop using universe." It could be a risk to NCSoft think their culture is not being respected. The company has not commented.

But it hasn't been all negative. Universe’s original content, such as the group pictorials and entertainment shows, has been enough to arouse the curiosity of fans while the “Private Messages” function, which allows stars to message fans, sets Universe apart from other fan communities.

“We are improving the shortcomings and troublesome aspects by actively listening to feedback,” NCSoft said. “We are scrutinizing the reactions on [online] communities and social media to monitor fans’ responses and have been making new developments every day or every other day. A lot has been improved.”