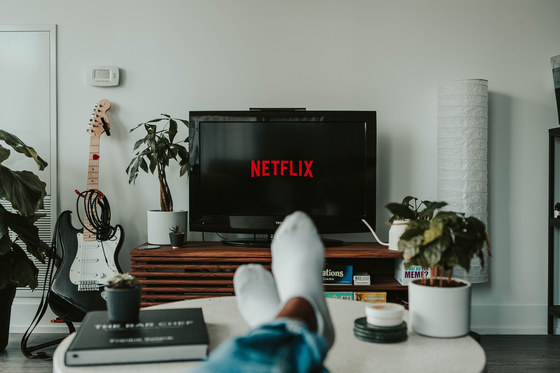 The data analysis company issued a report on the media consumption patterns for the second half of 2020 titled “The Covid Era & Media Consumption,” revealing that both online video services such as Netflix and TV broadcasters saw more viewers by the end of 2020 compared to the beginning of the year.

According to the report, Netflix saw a 64.2 percent increase in the number of its monthly users in November compared to January. Netflix was the second most popular service for mobile video platforms following YouTube. The streaming service more than doubled its advertisement budget for last year compared to 2019, upping its numbers from 8.8 billion ($7.9 million) won to 20.2 billion won in total.

“Netflix’s advertisement budget has been rising since March last year, especially during times when its original content in Korea was released,” the report said. Last year’s lineup of popular Netflix originals included “Sweet Home,” “The School Nurse Files” and “Extracurricular.”

Other online video platforms also saw a rise in their number of users last year. Watcha and Naver’s Series On saw a more than 50 percent increase during the same period, while Tving and Twitch each saw increases of 30 percent.

“It can be said that paid video services have become popularized after the Covid-19 [outbreak],” said Nielson.

The number of television viewers also rose by 48 percent compared to the previous year, especially during the first coronavirus cluster in Daegu. Viewership increased by 56.4 percent during the last week of February 2020 compared to the week before and saw spikes in August and November when cluster infections were reported.

The report attributed the increase to people trying to get fast and official information about the pandemic.

In particular, viewership for education channel EBS surged. By age group, elementary school children were found to have watched content from EBS from 9 a.m. to noon, especially during April and May when they were kept at home instead of school. The viewership number for the same channel also increased for people in their 30s and 40s, which Nielson analyzed as parents watching programs together with their children.

Economy-related channels saw the biggest rise in viewership, especially amongst those in their 20s and 30s. The number of viewers in their 20s rose by 83.1 percent compared to the previous year, and 46.9 percent for people in their 30s. In contrast, sports channels saw a steep decrease in viewership with 28.3 percent less viewers in spring, but gained 25.9 percent in May when the delayed baseball season started.