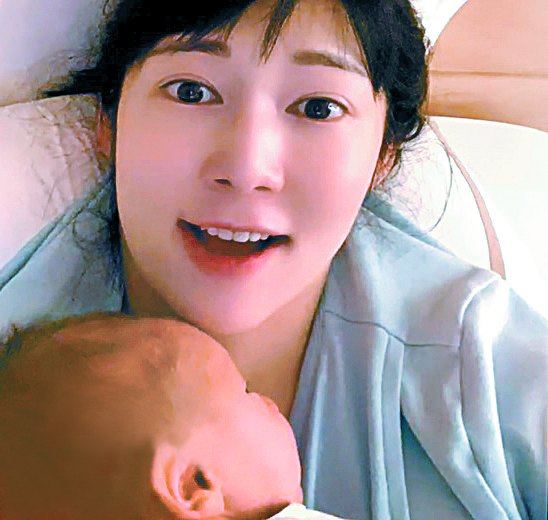 
Television personality Sayuri Fujita issued an apology Thursday for an internet rant she unleashed against Starbucks for denying her and her baby refuge after a fire in her apartment building.

Fujita, a Japanese national living in Korea, wrote on Instagram Wednesday that she had to evacuate her apartment with her three-month-old son due to a small fire in the building. She said that she attempted to enter a nearby Starbucks since her infant son was shivering from the cold, but was denied entry because she did not have her phone with her and could not check into the mandatory QR code-based entry log.

For Covid-19 containment, the Korean government mandates QR code-based or handwritten entry logs in high-risk locations such as coffee shops and restaurants.

Starbucks responded with a statement Wednesday, saying it was only adhering to government guidelines. The coffee franchise added that the employees instructed Fujita how to check in manually with identification, as it does for any other customer. Fujita did not have proper identification at the time, according to Starbucks.

Fujita posted an apology on Instagram in the early hours of Thursday, saying that she had behaved “too emotionally and only thought of her point of view.”

“I made a big mistake; the world is going through a pandemic and principles must be adhered to,” she said. “I should’ve known that Starbucks is not a shelter [...] Thank you for calling out my immature actions.”

She also said she visited the Starbucks branch and apologized in person to the employee who denied her entry.

Internet chatter is split, with some comments posted in support of Fujita and some backing the actions of Starbucks.

Fujita began her television career in Korea in 2007, appearing on KBS’s “Global Talk Show” as a representative of Japan. She is also well-known for her single motherhood, giving birth to a son in 2020 via sperm donation.