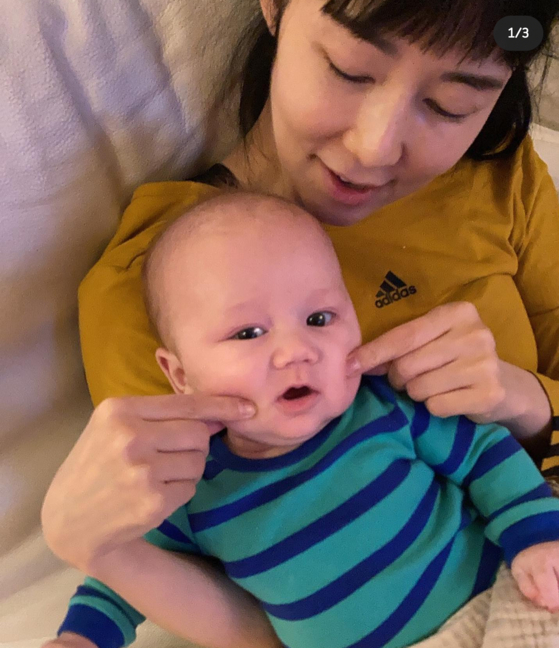 
Sayuri Fujita will feature on KBS 2TV's entertainment show "The Return of Superman" with her son Zen, the television network said on Tuesday.

According to KBS, 41-year old Fujita recently started shooting for the show with her 4-month-old baby.

Fujita's appearance will mark the first time the show has centered on a mother. Previous episodes of "The Return of Superman" have all focused on a celebrity father looking after his children for 48 hours.

KBS was the first to interview Fujita about her experience using a sperm donor in Japan and life as a single mother.

“Becoming a single mother was not an easy decision, but it is also not a shameful decision. I want to thank my son for making me a proud mother," wrote Fujita on her Instagram on Nov. 16.

In the KBS interview, she revealed that she had to get pregnant in Japan because "only married people are allowed to do in vitro fertilization [in Korea]."

“I didn't want to marry someone I didn’t love. Therefore, I decided to become a mother without getting married," she said.

Fujita started her broadcast career in Korea through KBS entertainment program "Beauty's Chatting" in 2007 and has featured on various entertainment shows since. She is currently active on her own YouTube channel “Sayuri TV” which was launched in October 2019.