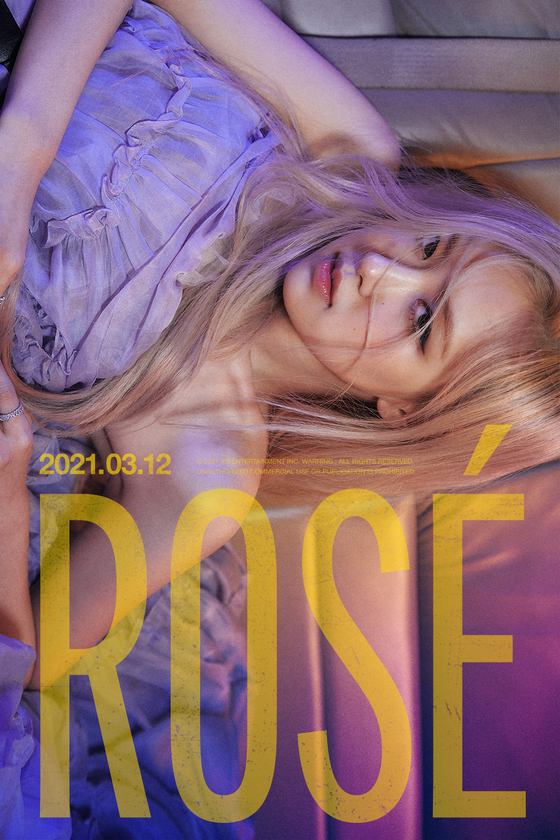 
Rosé of girl group Blackpink will drop her first solo album on March 12, according to her agency YG Entertainment on Tuesday.

The agency posted a teaser poster for the album on its official blog announcing the release date.

Neither the title of the album nor tracklist have been revealed, but a teaser video for “Gone,” a ballad from the upcoming album, was uploaded on the YG blog on Jan. 26. The 33-second video has already amassed 45 million views.

“The filming of the music video for Rosé’s lead track has been completed,” said YG Entertainment, “and since its production cost was one of the highest, we are doing our best in post-production to perfect it.”