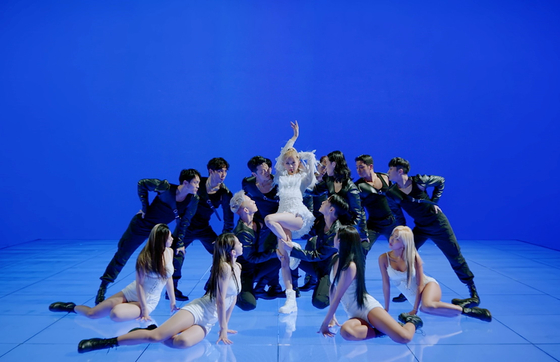 
Rosé of girl group Blackpink appeared on NBC’s “The Kelly Clarkson Show,” sitting down for an interview with the show’s host, singer-songwriter Kelly Clarkson on Monday.

It marked the first time a solo K-pop artist appeared on the show. Rosé debuted in 2016 as a member of Blackpink, and recently launched her solo career through her first solo album “R” which dropped on March 12.

Clarkson introduced Rosé as “one of the hottest musical stars.” They then discussed the meaning behind Rosé’s single “On The Ground,” the lead track of “R.”

The K-pop singer also shared songs she used to enjoy as a child. Rosé was born in New Zealand and lived in Australia.

Rosé then appeared on Japanese channel Nippon TV’s morning show “Sukkiri” on Tuesday to perform “On The Ground.”

"On The Ground" topped the YouTube song chart and iTunes charts in 51 countries shortly after its release. It reached the No. 1 spot on major Korean music programs despite the track's lyrics being entirely in English.