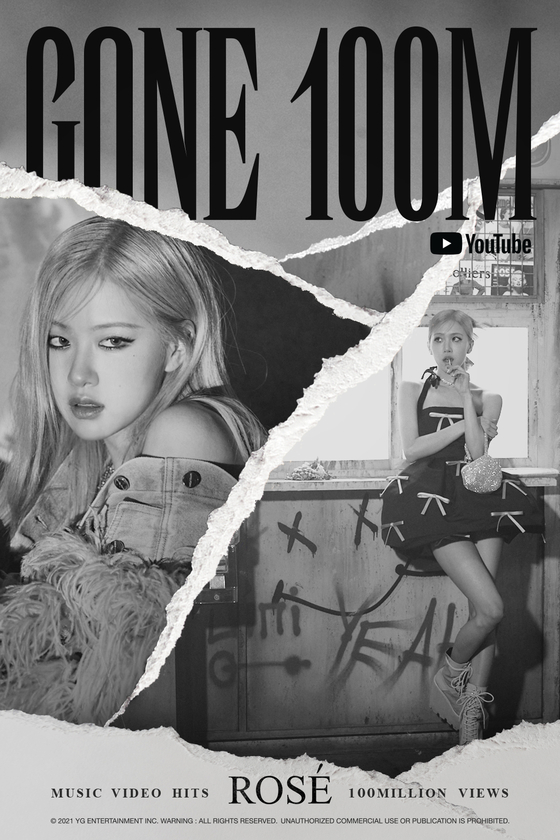 
The music video for Blackpink Rosé's solo track "Gone" surpassed 100 million views on Youtube on Monday, three months after the song was released on April 5.

According to the singer's agency YG Entertainment, "Gone" hit the 100 million view mark at 2:08 p.m. on Monday afternoon, 91 days after its release.

"Gone" was included on Rosé's first solo EP "R," and is an acoustic R&B track that talks about the hardship of getting over a breakup. Just like the lead track "On The Ground," all lyrics of "Gone" were written in English.

"Gone" performed well on music charts, sitting on No. 11 of Spotify's Global Top 50 Chart after the EP's release.

With the addition of "Gone," Blackpink and its members now have 29 YouTube videos with over 100 million views. The band's official channel also has 62.7 million subscribers — the highest for any K-pop band and the second highest in the world after pop singer Justin Bieber.