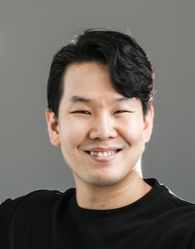 
“I'm hungry and tired. Can you buy me something to eat?”

Lee Yo-seb is no stranger to phone calls that begin like this. For over 10 years, the 34-year-old pastor has spent day and night traversing Seoul, buying meals for wayward youth who come to him for guidance. He usually meets them in entertainment and red-light districts where they work and takes them to simple restaurants nearby. In 2011, he started a community for these adolescents, his “Flock of Sheep.”

Flock of Sheep often serves as a safe haven for teenagers who have left home. Lee estimates he has crossed paths with about 1,000 such youth. He jokes, “The kids say that almost everyone who has suffered since leaving home has been treated to a meal by me. Even when I can’t get in touch with them, other kids find them again through their acquaintances if I ask.”

Lee first encountered juvenile delinquents in 2011 when a group trespassed into his church to throw a drinking party. Although he expelled them numerous times, they continued coming back to drink in his church, at which point he invited them to a meal at a restaurant.

Slowly, they opened up to him. “Each of them has a different story,” Lee says. “I decided I needed to hear them out.” 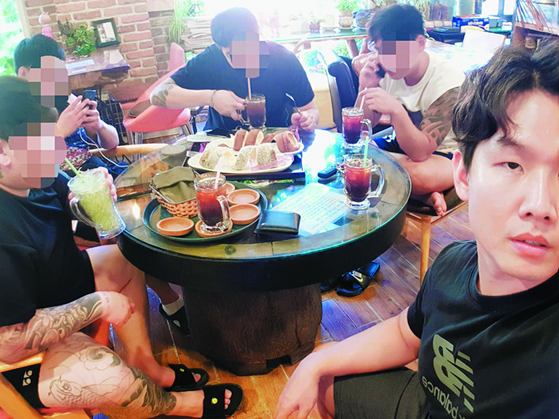 Lee shares coffee and pastries with the youth that he encounters. [LEE YO-SEB]


Lee proposed to that initial group of youth to meet him for dinner on Saturdays instead of gathering as they usually did on the weekends to drink. Thus, the weekly gatherings began.

Often lacking any sort of guardian, the youth turned to Lee for support, especially when they had run-ins with the law. Lee has followed the youth on multiple occasions to police stations and courts to plead for leniency. Grinning, Lee jokes, “I’ve been to so many police stations that now I know which sofas are the most comfortable to sit on while I’m waiting for a kid to be released.”

Flock of Sheep now looks after 120 delinquent youth with three full-time workers and 15 volunteers. Two of the volunteers are former “sheep” themselves. Other volunteers are active police officers and criminal psychologists who counsel the youth and intervene when they are found to have been exposed to online gambling or illegal loans.

Lee Cheol-jae, 27, who has been a volunteer at Flock of Sheep for three years and is currently studying criminal psychology, says, “There are quite a few who have aggressive tendencies or have difficulty making friends.”

Pastor Lee has also opened a night school for the youth to study Korean and prepare for the General Equivalency Diploma exam. He teaches about 10 students a month. Due to high demand, he also started teaching courses during summer and winter vacation and conducts sex education as well.

“It hurts me to see so many of them exposed to dating violence and prostitution without thinking it was wrong,” Lee says. “I wanted to teach them that they didn’t have to suffer in that way anymore.”

Although he admits that seeing youth relapse into their former ways has made him feel like he was “pouring water into a jar with a hole in the bottom,” Lee said, “I could not give up after seeing some of the kids that I used to help turning their lives around and working hard as delivery workers and truck drivers.”

In 2019, he published “I’m on the Way,” a memoir about his encounters with the youth.

Originally a gospel-touting minister, his work with youth has pushed Lee into business as well.

After pondering methods to financially support the youth he works with and cover the burgeoning costs of buying them meals, Lee recruited a chef and opened a restaurant based on the corn flour-based noodles he ate in 2019 on a trip to Yanji in Yanbian Korean Autonomous Prefecture, China. The first branch of the restaurant opened at Gongdeok station in January 2020, followed by a second branch next to Gangnam District Office and another in Cheongan, Incheon. He has even employed one of his former “sheep” at the restaurant.

Lee does not keep any of the income for himself. “I just wanted to give an opportunity to any of the kids who are interested in cooking,” he says. If the restaurants do well, Lee says he hopes to open a school and an orphanage in the Philippines.

The young and the jobless getting desperate in Korea