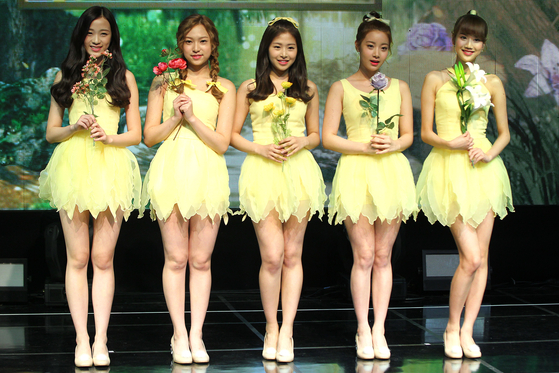 
A netizen has stood by bullying claims against April on Wednesday, a day after the girl group's agency DSP Media threatened it would file lawsuits against people who accused members of bullying.

The netizen, who claims to be the younger brother of former April member Lee hyun-joo, wrote "I've realized that the April members have no feelings of guilt whatsoever after witnessing the messages the agency and the members' acquaintances have been sending to my parents. Their claims are groundless and make my sister look like the one with the problem. So I'm here to tell the truth."

The brother refuted the agency's response to his initial allegations, saying they were merely "excuses."

On Feb. 28, the netizen wrote on an online community that his sister was bullied by her fellow group members. The post claimed that the bullying caused Lee to suffer panic attacks and attempt suicide, eventually resulting in her exiting the group in 2016.

DSP Media issued a statement Monday, saying that Lee was responsible for the friction within the group and that she often went missing, skipped practices and performances which affected the other members.

On Tuesday, another netizen wrote online that April member Naeun bullied her during their school days, proving her statement with a screen capture of an alleged text conversation between them. DSP Media said in a statement that the screen capture was "manipulated."

Meanwhile, following multiple bullying allegations against Naeun, Dongsuh Foods Corporation has deleted all photographs featuring her promoting its cereal on its website as well as halted the broadcast of its commercial starring the K-pop star as of Wednesday.