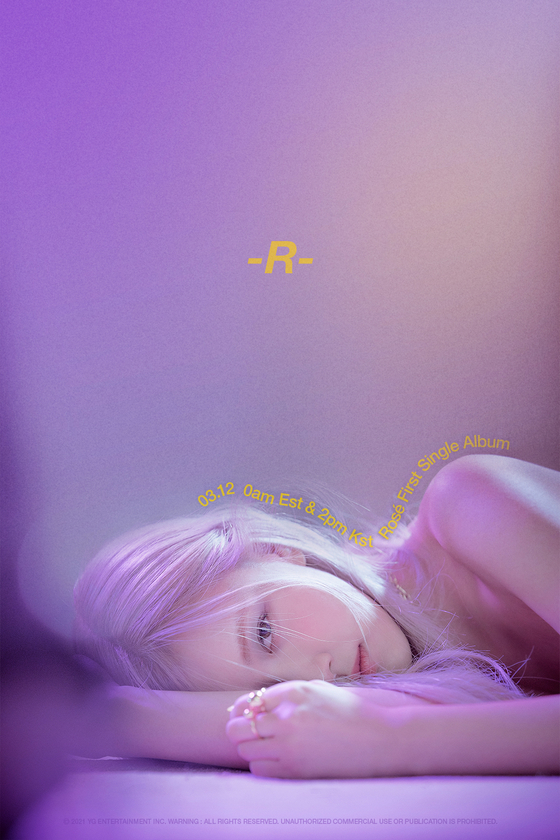 Rosé's first solo album ″R″ marked 400,000 units in presales worldwide as of Monday, a week before its release on Friday. [YG ENTERTAINMENT]

The number was reached in a mere four days after the Blackpink member's debut album went on presale and marked the most presales for any solo female artist in Korea.

“Not just locally but a variety of fans from different regions such as China, Southeast Asia, America, Japan and Europe bought the album,” the agency said, forecasting that the number will continue to grow before the album's official release on Friday.

The agency reported that New Zealand-born singer also wrote the lyrics for the tracks on the album.

“R” is the first solo album by Rosé since she debuted through Blackpink in 2016. The album title makes use of the first letter of the artist’s name and symbolizes “a new beginning for her as a solo artist,” according to YG.