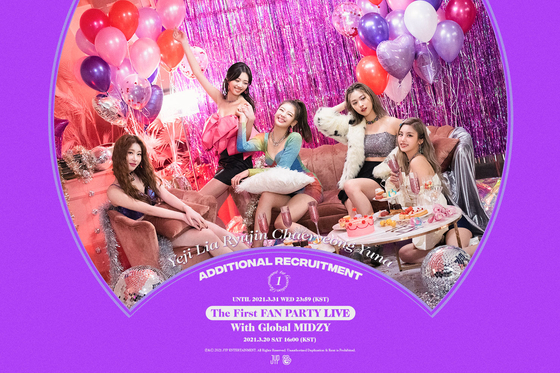 The poster image for ITZY's ″Fan Party Live″ to be held on Saturday, 4 p.m. on Naver V Live [JYP ENTERTAINMENT]

Girl group ITZY will hold an online meet-and-greet event and introduce new track "MIDZY" on Saturday, written and named after its official fan club of the same name, the band's agency JYP Entertainment said on Friday.

"ITZY will hold its 'Fan Party Live' tomorrow at 4 p.m. and then drop its fan song 'MIDZY' worldwide at 6 p.m. to pay back all the love they have gotten from fans," the agency said.

Saturday's event comes as a celebration of the band's second anniversary. The band debuted on Feb. 12, 2019 with digital EP "IT'z Different" and lead track "Dalla Dalla" and rose to stardom as one of the most promising rookies of the year. 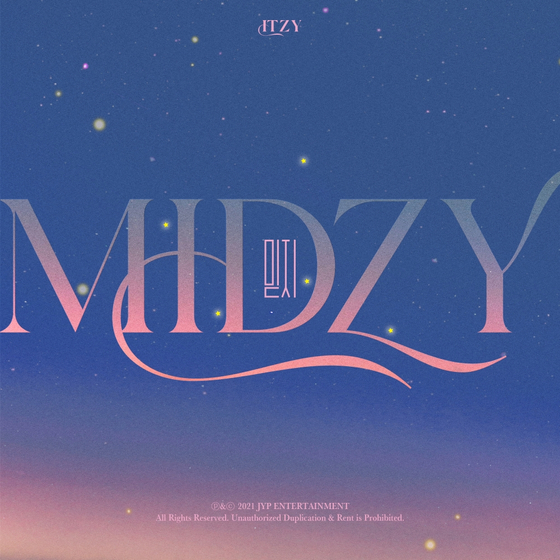 
The band's fan club MIDZY officially launched in January this year and in Korean has the meaning "to trust."

According to the members of ITZY, the fan song "MIDZY" has been created to pay back "the trust that has kept us together as a team," as well as "console and embrace those who are going through tough times."

An English version of the song will also be released for global fans.

The "Fan Party Live" will begin at 4 p.m. on Naver V Live. ITZY will reveal "MIDZY" for the first time to fans and perform other songs by the band.

The event can only be attended by members of the official fan club, but MIDZY is open to membership subscription until March 31 on the Naver V Live Fanship page.