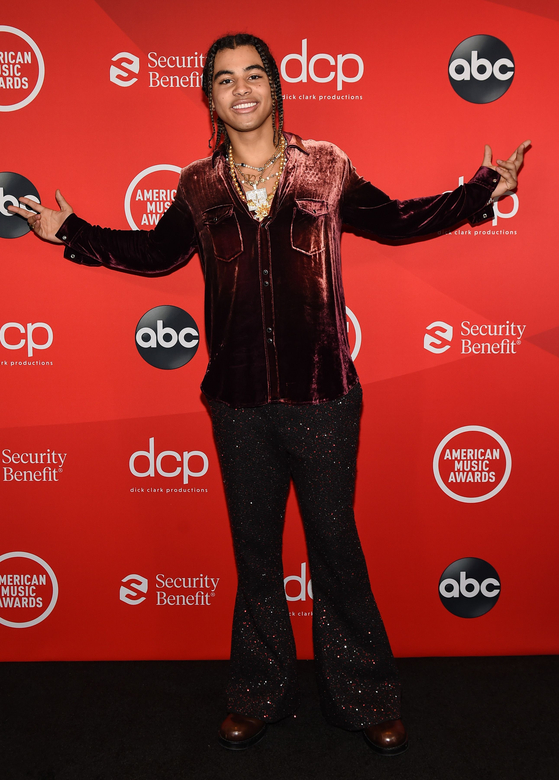 In this handout image courtesy of ABC singer 24KGoldn arrives for the 2020 American Music Awards at the Microsoft theater on Nov. 22, 2020 in Los Angeles. [ABC/YONHAP]


U.S. rapper 24kGoldn will meet with Korean fans for the first time through an online meet-and-greet and talk about his new album "El Dorado," Korean music servicer Geniue Music said on Monday.

The rapper is a rising star in the United States who debuted in 2016. He saw success with his 2019 single "Valentino," which peaked at No. 92 on the Billboard Hot 100 singles chart.

His previous release "Mood" featuring iann dior topped the Billboard 100 chart on Oct. 24 and has remained on the chart for 31 weeks since.

Korean fans wanting to talk to the rapper online must listen to "Mood" on Genie Music and write a comment on Genie Magazine explaining why they want to attend the event. Thirty fans will be chosen out of a lucky draw.

The rapper is to drop his first full-length album "El Dorado" on March 26.