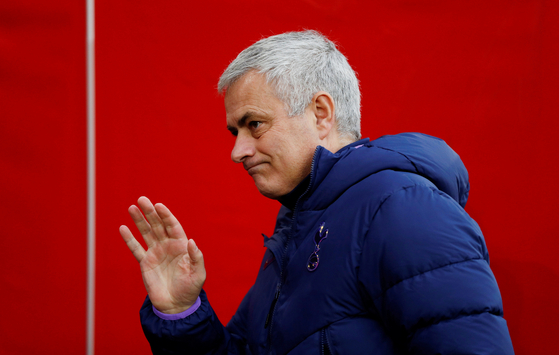 
Tottenham Hotspur manager Jose Mourinho has been sacked, according to reports Monday.

The Athletic reported on Monday morning, UK time, that Spurs have decided to part ways with Mourinho after just over a season and a half managing the club.

Mourinho has been criticized in recent weeks as Spurs' performance dropped off in the second half of the season. His management style was blamed for the team's failure to advance beyond the Round of 16 in the Europa League and a series of poor performances in Premier League games that sees the London club at seventh and likely to miss out on a Champions League spot with only a few games left to play this season.

Whether Spurs will even be eligible to play in the Champions League remains a question, as the team was one of six Premier League clubs to join the controversial European Super League on Sunday. If the plans for the league go ahead, Spurs could effectively be banned from all other competitions.

With Mourinho gone, questions remain over some key Tottenham players. Both Son Heung-min and Harry Kane have been linked to transfer rumors over the last few weeks as Spurs continues its lackluster performance. Son and Kane, who this season broke the record for the greatest goal scoring partnership in Premier League history, could both consider looking elsewhere for more opportunities.

Son is believed to have a very strong relationship with Mourinho, and the two share the same management agency. Whether Son's future at Tottenham will be influenced by the manager's departure remains to be seen.