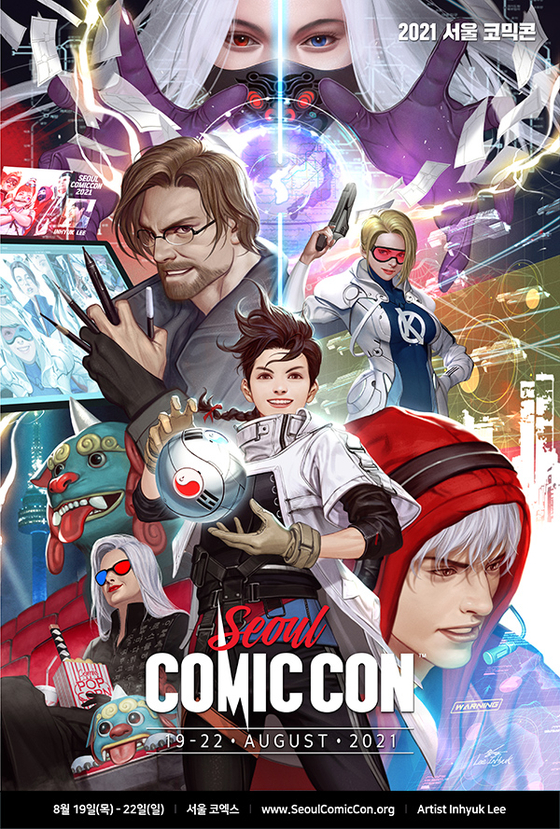 This is the fourth time for Comic Con to be held in Seoul. Comic Con takes place around some 30 cities across the globe, including New York, San Diego, Paris and Singapore, and offers content on all things pop culture. The fair strives to become a hub of IP (intellectual property) collaboration, where diverse industries can converge and create new business “to showcase the value and vision of the Seoul Comic Con encompassing the global pop culture.”

The organizing committee announced that there will be a brand new event added to this year’s fair, dubbed the “World of Characters.”

“Fans will discover popular characters from all around the world, originating from comics, cartoons, games and more, that will give them unforgettable memories and experience,” explained the organizing committee. “In addition, the Ultimate Cosplay Battle (UCB), will take place both offline and online to allow cosplayers from all over the world to compete in the best costume design competition. The winners will be selected by a jury of Korean and international cosplay artists.”

An on-site tournament will take place for gamers as well as a “Wonder Arena” event which will take place online. At “Artist Alley,” fans and artists of various genres will get to meet and share their love of art.

"Although the event was postponed last year due to the coronavirus, thanks to the diverse program that is being prepared, Seoul Comic Con 2021 will be an enriching event for every participant,” the organizing committee said. “This year, more than 150 companies from the relevant industries, such as OTT [over-the-top online video platforms], webtoon and video games, are joining the show.”