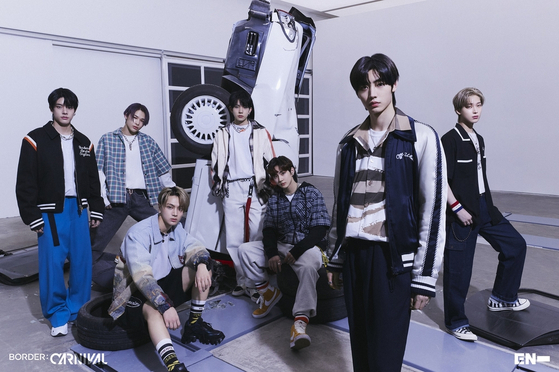 It’s the first time the band has taken the No. 1 on the chart since their debut in November. Their debut album “Border: Day 1” climbed as far as No. 2 on the weekly charts.

The album sales for the second album totaled around 83,000 in its first week in Japan, similar to sales for their first album, at 71,000, their agency Belift Lab.

Global album sales for “Border: Carnival” in the first week total 387,000, an increase of 100,000 units compared to the first album and the highest number by groups that debuted last year.

The band members debuted as the winning group of cable channel Mnet’s audition program “I-LAND,” which aired last year in collaboration with HYBE and Belift Lab — a company co-founded by Mnet’s operator CJ ENM and HYBE.