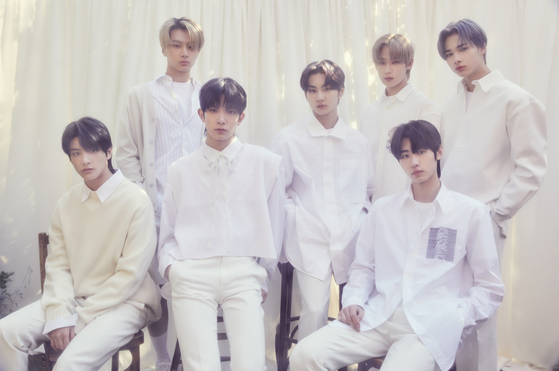 According to Oricon News, “Border: Hakanai” reached No. 1 on the Oricon weekly singles chart, selling 200 thousand copies last week. Since its release on July 6, the EP has remained in the top spot for seven consecutive days.

Enhypen is the first artist to reach the No.1 spot on the Oricon chart with a debut Japanese EP this year. The band is the fifth foreign male act to ever achieve this feat, following singer Jang Keun-suk and boy bands Exo, iKON and Stray Kids.

The EP “Border: Hakanai” includes the Japanese versions of hit songs “Given-Taken” and “Let Me In (20 CUBE),” both released in Korea last year, along with an original Japanese track “Forget Me Not.”

Enhypen, a band formed last year from the top seven contestants of Mnet’s global audition program “I-Land,” accumulated a global fan base even before its debut.