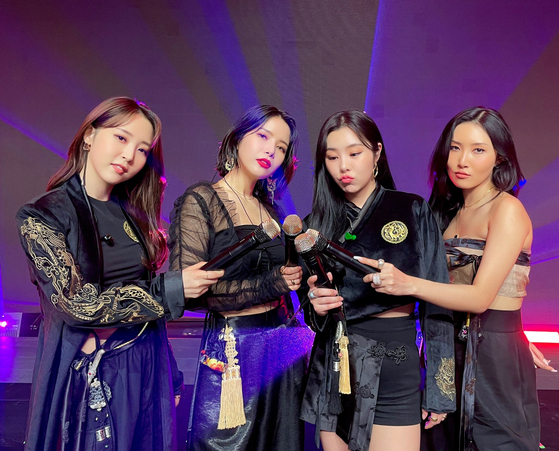 
Girl group Mamamoo will unveil a special new project to mark seven years in the music business in June, according to its agency RBW on Monday.

The project, called “2021 Where Are We,” will include songs that tell the story of what the group has done in the seven years since its debut in 2014.

The seven-year mark is considered significant in the world of K-pop, as most management contracts initially last for seven years. Some groups continue to work together with the same agency, while others part ways and each member goes on find their own agencies.

The project will include three different stages.

The group will first release an album in June and then hold a concert sometime in the summer, which was postponed from May due to the Covid-19 pandemic. A documentary on the group’s work will be also be released. More details on release dates and the concert schedule will come out later.