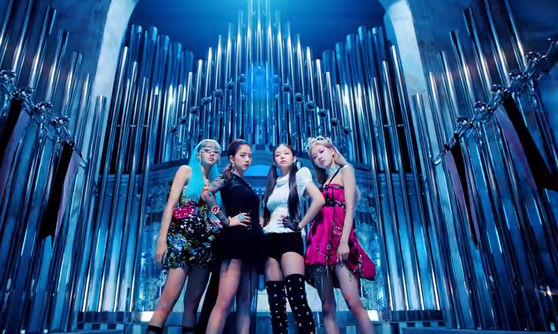 It took 25 months for the official music video for “Kill This Love,” an electro-pop song with brass instrumentals, to exceed the threshold. The song, released in April 2019, peaked at No. 41 on Billboard's Hot 100 singles chart, and topped the iTunes song chart in the United States.

“Kill This Love” is Blackpink’s second music video to pass this milestone after "DDU-DU DDU-DU"(2018), which has garnered 1.59 billion views as of Sunday.

Blackpink has a total of four music videos that each surpassed 1 billion views — the most of any K-pop artist. The other two videos are "As If It's Your Last" (2017) and "Boombayah" (2016).