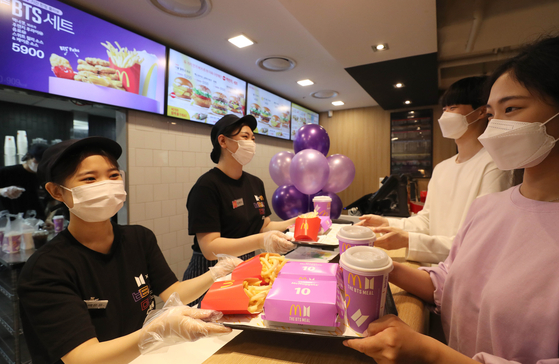 “The BTS Set” consists of 10 McNuggets, French fries, a beverage and sweet chili and Cajun sauce.

The color of the box which contains the McNuggets and the beverage cup is purple, the band’s representative color.

The menu will be available nationwide in McDonald’s stores, drive-throughs and via McDelivery until June 30.

“The BTS Set” is not only available in Korea but in a total of 50 countries including in the United States. It’s the first time the fast food chain has globally released a set menu in collaboration with a celebrity. Social media, such as Instagram and Twitter, has been flooded with pictures of the set taken by the ARMY, the band's fan club.