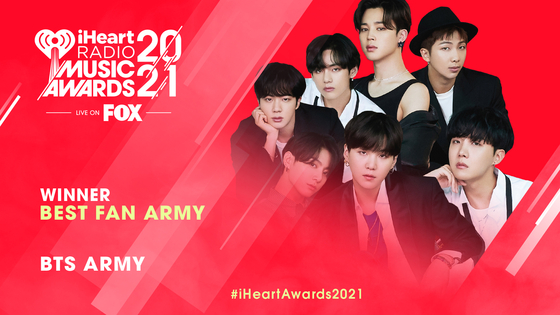 
BTS brought home three awards at this year’s iHeartRadio Music Awards held at the Dolby Theater in Los Angeles on May 27, local time.

The K-pop boy band was nominated in four categories and won three, including “Best Music Video” and “Best Fan Army.”

The event was aired live via FOX, featuring several live performances. BTS delivered an online acceptance speech saying they “couldn’t have done it without you guys,” and the boys also gave a “shout out” to “Mr. Son for winning.”