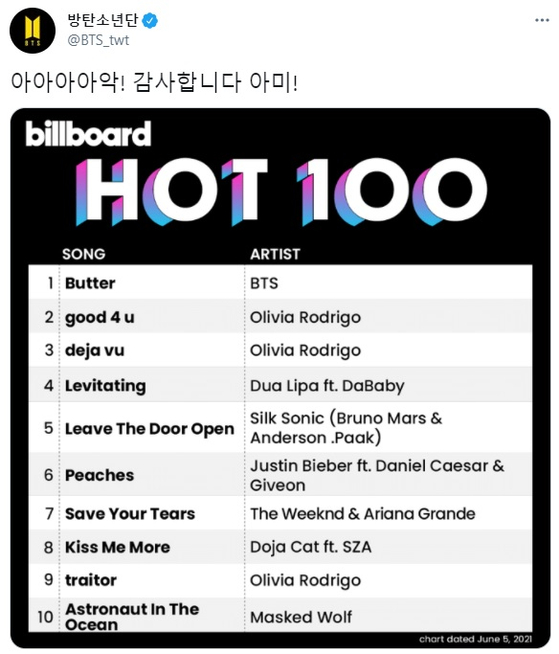 BTS thanks fans after "Butter" hit No. 1 on the Billboard Hot 100 singles chart. [SCREEN CAPTURE]

BTS is the only artist to have three songs hit No. 1 the same week they first charted.

The boy band was in a remix of Jawsh 685 and Jason Derulo's "Savage Love (Laxed-Siren Beat)" (2020), which also topped the Billboard Hot 100 singles chart last year. Counting that song, BTS was No. 1 four times in nine months.

"We will always strive to give you hot, sweet and refreshing music," BTS said via Big Hit Music.

The Billboard chart will be updated to reflect "Butter" as No. 1 on Wednesday.