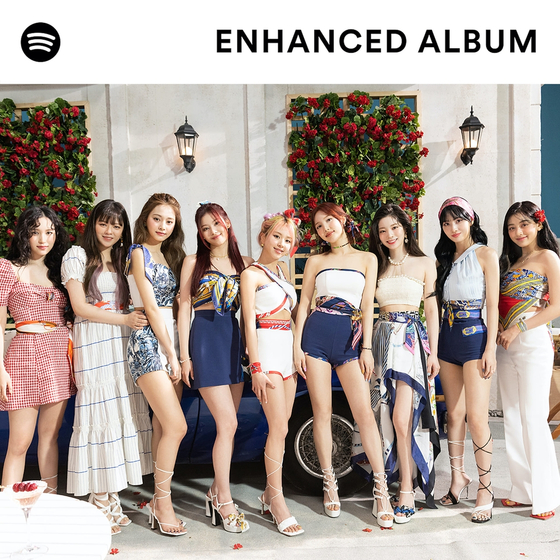 Cover poster for Twice's enhanced album ″Taste of Love,″ which will be released by Spotify on Friday. [SPOTIFY]


Global music streaming platform Spotify said it will reveal a variety of content related to girl group Twice’s upcoming EP “Taste of Love,” which it has dubbed an “enhanced album."


The enhanced album will consist of six new songs including “Alcohol-Free,” as well as clips introducing the songs, behind-the-scenes footage, summaries and explanations for each song.

Twice is the third K-pop group to release an enhanced album on Spotify after BTS and Blackpink.

Spotify is planning to host a variety of online and offline promotions such as advertising the EP in New York's Times Square on Friday, local time.