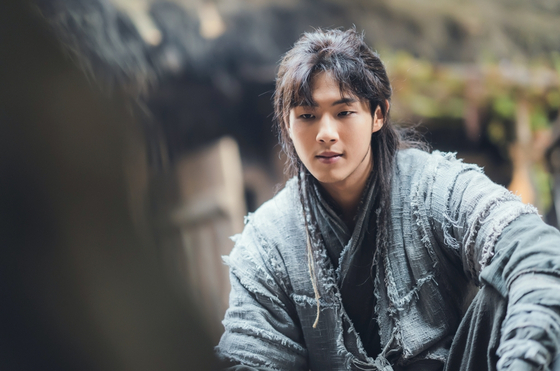 Actor Jisoo stepped down from KBS dama "Rive Where the Moon Rises" after he was embroiled in school violence allegations. [KBS]

A topic being discussed among those in the entertainment industry is who should be held liable to pay for damages if an actor working in an ongoing series is embroiled in controversy and can no longer take part.

Discussions arose after actor Jisoo stepped down from KBS drama “River Where the Moon Rises,” after admitting to school violence in March. The drama’s production team cast Na In-woo to replace Jisoo in the lead role from the seventh episode and continued the run of the drama until it ended in April.

The problem was that the production team had already filmed 18 episodes of the 20-episode drama when Jisoo dropped out, meaning they had to refilm numerous scenes and entire episodes with Na.

Production team Victory Contents and Jisoo’s then-agency Keyeast entered into a legal battle to figure out who should deal with the financial burden. The production team asked for some three billion won ($2.7 million) in damages from Keyeast, which the agency claims is too much. Keyeast ended its contract with Jisoo on May 27.

Many industry experts are closely following the updates coming out of the fight between the two, as there are other TV shows that have also had to make adjustments to their existing airing schedules due to issues involving their lead actors. Another KBS drama “Dear M” had to delay the airing of its drama indefinitely as its lead actor Park Hye-su was also embroiled in school violence allegations.

“This is an unprecedented case, so it is difficult for anyone to forecast what the [court’s decision] is going to be,” said an official working for an entertainment agency. “But, this will be seen as an important precedent for many other cases to happen in the future, so everyone is really watching what’s going to come out of it.”

There have been some cases where TV production teams have seamlessly dealt with issues with their lead actors. In December, actor Bae Seong-woo stepped down from his lead role in SBS drama “Delayed Justice.” But because the drama was not yet made and Bae's agency replaced him with actor Jung Woo-sung, there wasn’t any serious talk on who should take on any additional financial burden. 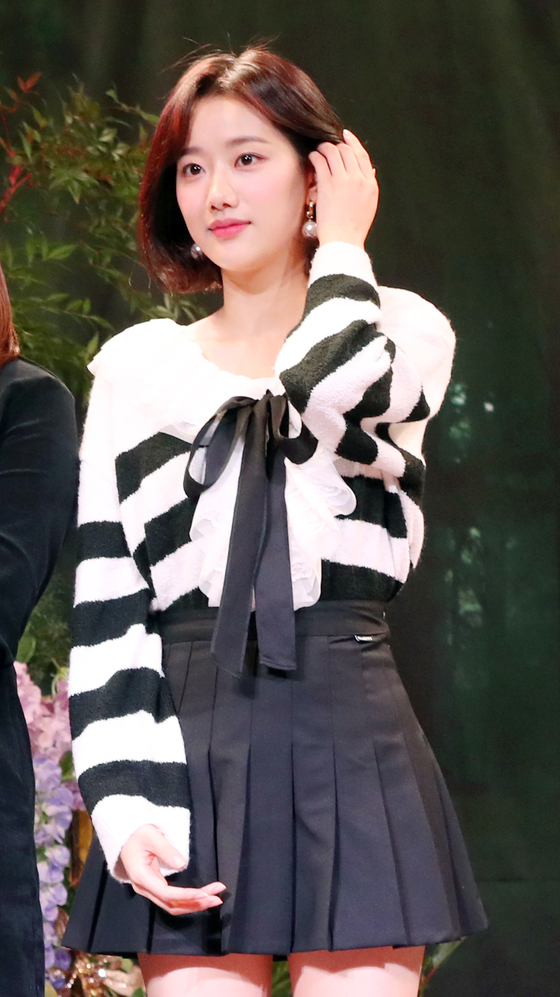 Girl group April's Na-eun stopped down from "Taxi Driver" after she was alleged to have been part of school violence, claims she denies. [ILGAN SPORTS]

The production team of SBS drama “Taxi Driver" had to deal with girl group April's Lee Na-eun stepping down from her role after also facing school violence allegations and were forced to refilm some episodes. But because both Lee and her agency denied the claims, the parties involved felt it would be too difficult to seek reparations.

Even before a court has made a final ruling on Jisoo’s case, the entertainment scene is making some changes. According to industry experts, clauses included in the contract between the talents’ agency and TV production team have recently been changed because of the incident involving Jisoo. “Before, agencies were responsible for any real-time hindrances caused by their actors, such as drunk driving, only while the show is on air,” said one production team official.

However, since the Jisoo case, the official continued, production companies have decided to change contracts after consulting with their legal teams so that agencies take responsibility for any wrongdoings of talents that happen while the show is airing but also any wrongdoings that arise from their past.

A management agency official said the entertainment agencies are also adding more clauses to their contracts. Another official with a management agency said it had to thoroughly look into the pasts of the talents it manages before and after the Jisoo case, and now pays more attention on researching what these talents were like back in school before they sign them.

“Drunk driving is a wrongdoing that talents can come back from after taking some time off, but being involved in school violence is considered something that one can never come back from,” said the official.

Some lawyers say how much responsibility the agency should take depends on how much information it was aware of. If it is proved that the agency had known about the talents’ pasts to some level, the amount of reparation could vary greatly, said one lawyer who asked not to be named. So in the Jisoo case, if Keyeast had known that Jisoo had some behavioral issues before it had recommended the production team to cast him, it would be responsible for paying for the financial damages caused.

“Since Korea’s pop culture and content market is getting bigger and its influence is getting stronger, it is necessary for the industry to adopt a more concrete system,” said pop culture critic Ha Jae-geun. “There needs to be some guidelines on who should take what percentage of responsibility if certain allegations turn out to be true.