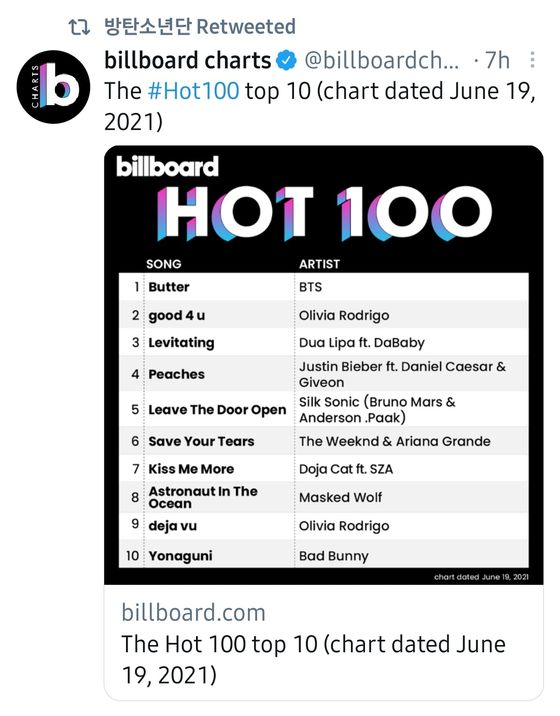 This marks the first time a BTS track has stayed at No. 1 for three weeks in a row.

The band’s first English-lyric song “Dynamite” (2020) topped the Billboard Hot 100 singles chart during the first two weeks of its release, fell to second place and then bounced back to No. 1 in its fifth week.

This is also the eight time that BTS has topped the Billboard Hot 100 singles chart. “Dynamite” made it to the top spot three times, while “Life Goes On" (2020) and Jawsh 685 and Jason Derulo's remix of "Savage Love (Laxed-Siren Beat)" (2020) both made it to number one once.

According to Billboard’s statistics, “Butter” maintained a high number of downloads, only falling by one percent compared to the previous week. At the same time, an increase in its radio airtime and the two remix versions of “Butter” that dropped on June 4 contributed to this week’s record.

The album will also feature a new track, according to Big Hit Music’s announcement on Weverse.