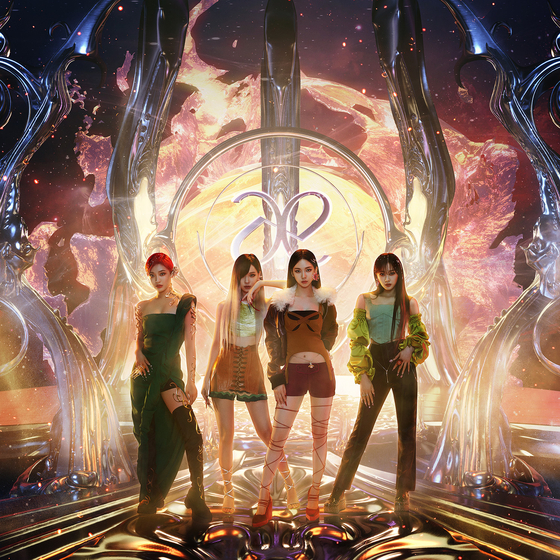 
Rookie girl group aespa’s song “Next Level” topped major music streaming service Melon’s 24Hits chart a month after it was released on May 17.

“Next Level” has been occupying the No. 1 spot since Monday 8 p.m. until now, pushing aside boy band BTS’s latest megahit “Butter” which had been No. 1 since its release on May 21.

The rookie girl group topping the chart comes as a surprise; not only did aespa debut seven months ago in November of 2020, but the song was also initially criticized for being too convoluted and unconventional for a girl group track.

Nonetheless, "Next Level" slowly climbed the charts as it proved itself to be an addictive, catchy song as time went by.

Melon recently changed its method of tallying and launched the 24Hits chart, which only counts one user’s listening to a song once in 24 hours, which makes it more difficult for large fandoms to drastically hike up streaming chart rankings.

“Next Level” is a remake of a song of the same title which featured on the soundtrack of “Fast & Furious: Hobbs & Shaw” (2019).