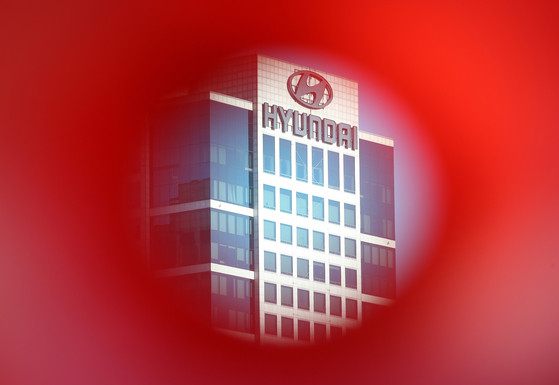 Younger employees of Hyundai Motor are taking potshots at their employer, from the safe distance of anonymous online posts, making vague accusations about catering and griping about the union.

One person claiming to be a younger employee of the company has demanded an investigation into Hyundai Motor’s arrangement with Hyundai Green Food in the running of cafeterias.

Hyundai Green Food is a distant relative of the car company as its two largest shareholders are related to Euisun Chung, chairman of Hyundai Motor Group. Hyundai Motor also directly owns 2.36 percent of the food company.

“I request an investigation into why Hyundai Motor Group has to have Hyundai Department Group’s Hyundai Green Food as a catering company,” the employee said through the Blue House online petition service.

Since the post was uploaded on June 25, a total of 932 people voted in favor of the petition as of June 28.

Posts can be left anonymously on the petition site, and there’s no indication that the worker’s sentiments have been followed with any formal complaints to Hyundai Motor or the Fair Trade Commission (FTC).

The catering company provides food to Hyundai Motor and Kia’s Seoul headquarters in southern Seoul, to the Namyang R&D Center and elsewhere.

“If the quality was good, I wouldn’t even be writing this post,” the petition read.

“There are at least 110,000 people employed at major related companies but never was there any preference checks on the menu nor was there any improvements made following numerous complaints.”

Five related Samsung companies were recently fined 234.9 billion won ($207 million) by the FTC for engaging in a transfer-pricing scheme that shifted wealth to one of the companies via Samsung Welstory, a catering company. It was a complicated case that centered on cross subsidizing for the purpose of corporate control rather than food quality.

Hyundai Motor said in April that it would put its catering contract up for open bid once the current contract expires.

“There isn’t any detailed timeline for the bidding at the moment,” said a Hyundai Motor spokesman on Monday. “Each related company will run their own bidding and for Hyundai and Kia’s Seoul headquarters, the open bidding will start with snacks and so on when the contract expires.”

Another young employee took a shot at the union, also with a post on the Blue House site on June 25.

“The unionized workers which are supposed to represent 50,000 members of the union only care about extending their retirement age putting the rights of only 10,000 older members at the forefront,” the post griped

“We are suffering from a wage increase rate that is lower than inflation rate for several years.”

Another online user who introduced himself as a rookie employee at Hyundai Motor said through an online community recently that he is moving to Samsung Electronics for a higher salary and better working conditions.

“The younger employees now feel that there is no way to bring change to the company controlled by the blue-collar-oriented labor union but making our issue and complaints public. That is why we are constantly bringing our complaints to online communities,” one employee in his late 30s said requesting anonymity.  .