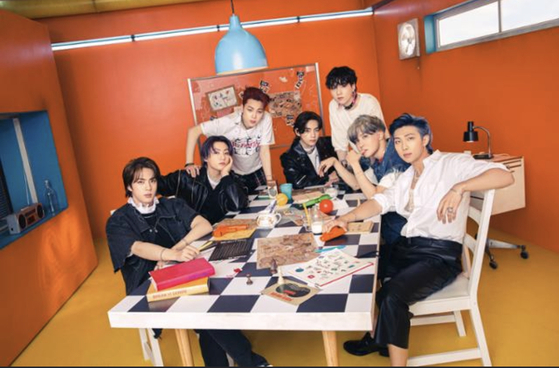 Boy band BTS has unveiled a new series of concept photos prior to the release of the physical CD of its most recent EP “Butter” through its official social media channels.


The physical album comes out on July 9.


BTS posted a group photo of the seven members looking as if they are in the middle of a discussion around a table. In their individual shots, each one looks serious or mischievous to attract fans’ attention.


The photos released this time will be part of the "Cream" version of the upcoming album drop. The boy band has another version, “Peaches,” which will be released at the same time, in order to various photos that show different characteristics of each member.


In the EP, the group will include one new song alongside the new hit “Butter.”