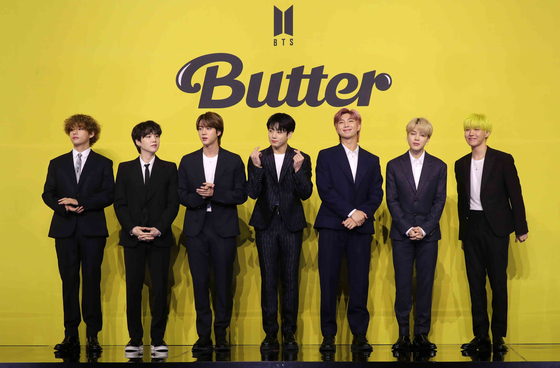 
BTS’s second English-lyric track “Butter” has remained in the number one spot of weekly streaming on Japan’s Oricon Chart for three consecutive weeks, according to Big Hit Music on Wednesday.

“Butter” was streamed more than 30 million times over the past three weeks.

Only six songs, including “Butter” and BTS’s first English-lyric track “Dynamite,” have been streamed more than 10 million times every week for more than three weeks.