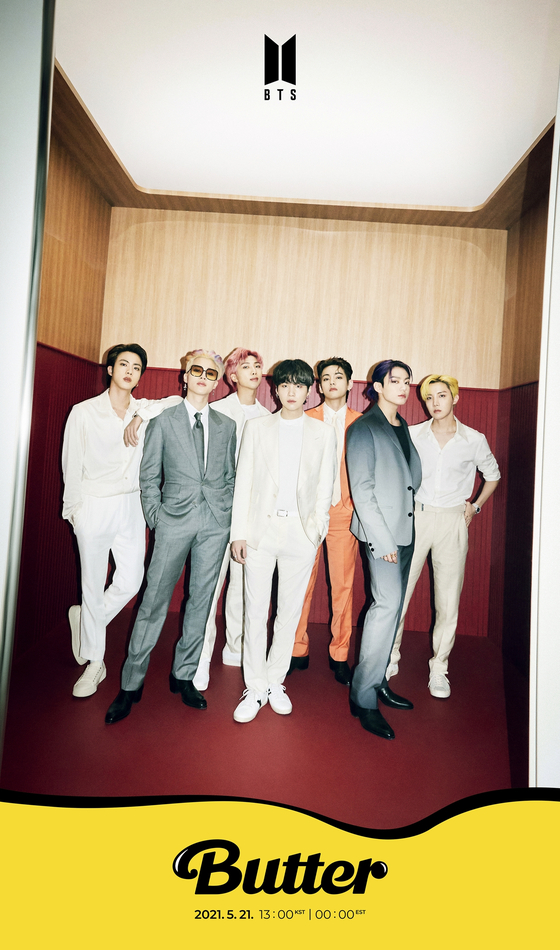 In the photo released through the band’s official social media channels, each of the seven members is wearing a suit with different colors and styles. Before the group photo on Monday, the band had released a series of seven short video clips, the final of which was released on May 6, featuring each member posing with different objects.

The band plans to release more teasers to hype up its new digital single, scheduled to come out on May 21. BTS will share more photos on May 12, 14 and 17.