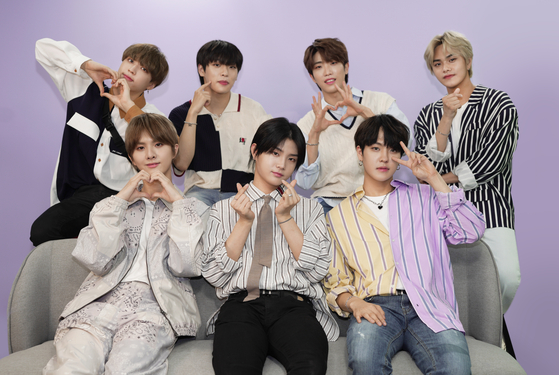 Boy band Kingdom poses for photos before an interview with the Korea JoongAng Daily. [JEON TAE-GYU]


These days, K-pop bands need a “universe,” a backstory for the members' public personas that is totally separate from their real identities and histories. They’re all quite creative. But there’s a new band in town that’s taking its universe to a whole new realm.

Kingdom debuted as a seven-member band on Feb. 18 with the EP “History of Kingdom: Part I. Arthur.” The title says it all, and that EP focused on one member of the group, Arthur, whose name and story are derived from the legend of Britain's King Arthur.

Each of Kingdom's seven members' story is based on a king from history or legend.

Kingdom releases its second album today at 6 p.m. “History of Kingdom: Part II. Chiwoo” takes the group from the mists of England to an equally distant China. Chiwoo — or Chiyou — is a mythical king, whose stories have been told in many different ways, but have the common themes of destruction and power. In the group's evolving iconography, Arthur was the ruler of the Kingdom of Clouds, and Chiwoo's realm is the Kingdom of Rain. 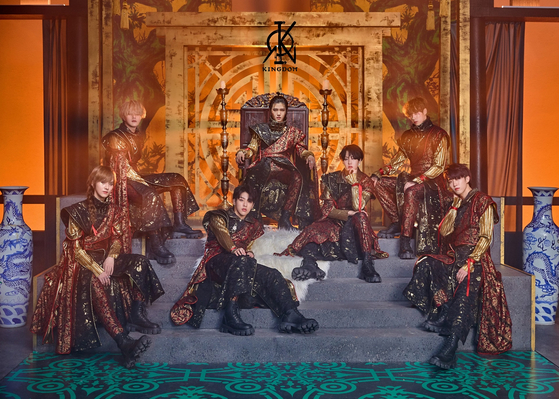 
“[The lead track] ’Karma’ will be all about modern fantasy,” said Chiwoo in an interview with the Korea JoongAng Daily prior to the release of the new album. “The song contains the story of Chiwoo as the King of the Kingdom of Rain, and also his pain, sacrifice and the responsibility he feels as a king.”

“Karma” is an electro-pop dance track with a heavy bass beat, but the band uses traditional instruments to add an Eastern touch. In the video, costumes and props give an Eastern feel. The costumes are in a traditional Chinese style that’s heavy on patterns — and also physically heavy, according to the group's members.

“It was tough to pull it off,” said Chiwoo, when asked about doing complicated dance moves in heavy costume.

Group member Louis — think medieval France and Versailles — added, “We even had long hair in the music video. The costumes were dragging on the floor and we kept bumping into each other. The long hair kept getting in each other’s faces and everything was just so tough. But at the end, practice made perfect.” 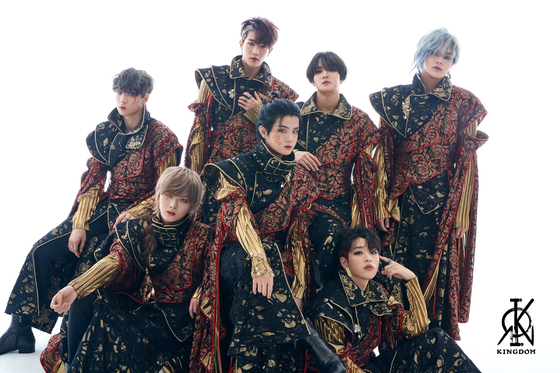 “K-pop is going global and it’s our goal is to bring different cultures around the world together with our own style,” said the band’s leader, Dan. “We’ve added a cinematic and K-pop touch to these famous legends and I think that will make us more accessible to everyone around the world. We were actually surprised to see that we had fans from faraway countries like South America and Europe, even Indonesia!"

The band members frequently dropped the word “passion” throughout the interview. It was passion that got them through their training period, they said. The seven came together a year and a half ago and started practicing as a team. Two of the members – Dan and Louis – had been in bands before, but had to experience the heartbreak of failure and groups breaking up.

Boy band Kingdom poses for photos before an interview with the Korea JoongAng Daily. [JEON TAE-GYU]


“It’s made the members of Kingdom ever more precious to me,” said Dan. “I’ve realized the importance of teamwork, too. We obviously had moments where we didn’t see eye-to-eye, but we don’t keep it to ourselves and complain later. We were always clear about what we wanted and what made us upset, but in a way that’s not too emotional. The members sometimes call for me to act as a middleman because I’m the oldest. We talk a lot, honestly like men! Now we know what each other thinks just by looking at each other.”

Breaking into the industry was definitely challenging, the members said. Louis and Chiwoo played football in their early teenage years and felt the adrenaline rush that comes from crowds cheering for you.

“I don’t think I could have done it if I didn’t love it this much,” said Chiwoo. “It’s hard to stand on the stage and be a different person. But I love the stage – it’s fulfilling, exciting and everything you could ever feel. After debuting, I realized that it’s actually not the times when I’m working that are hard – it’s the times when we don’t have a set schedule and we have to wait for the next album that were the hardest.” 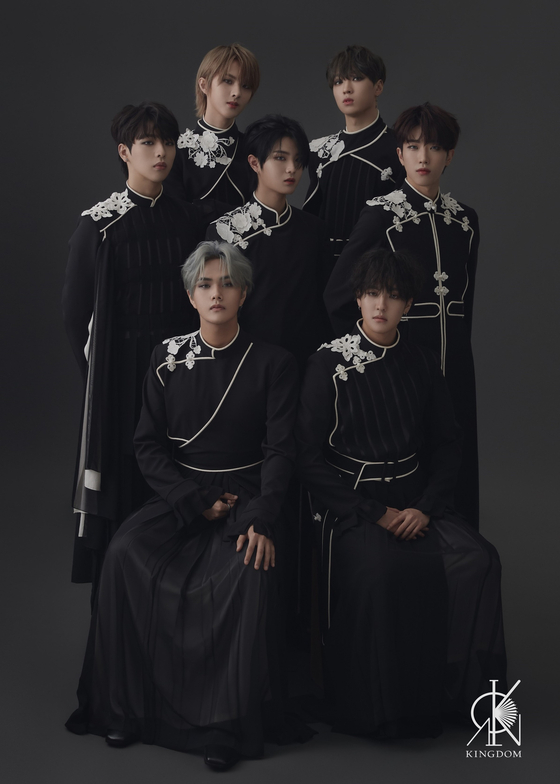 
“Those days make every single moment more meaningful,” added Louis. “I was taking a break one day and I watched the videos of me performing at an amateur dance crew before my debut. I remembered the times when I wanted this so badly and felt again how grateful I am for what I have now. And the reason we’re here now is because we have fans who support us and love us. It gives me strength to think that I could bring joy to other people.”

The goal of Kingdom this year is to win Rookie of the Year awards at major music awards and make the band’s name stand out from the other kingdoms in popular culture, like the zombie series “Kingdom” on Netflix. They look forward to a day when people type the word Kingdom into a search engine and their name pops up first. The same goes for the individual names of the members.

“Even if we don’t win the Rookie of the Year award, we’ll be satisfied knowing that people look at us and realize what great teamwork we have," said Mujin. "If we can keep it up until we get famous and then stay humble, then that would be success enough. We’ll go higher, but with our hearts still modest.”