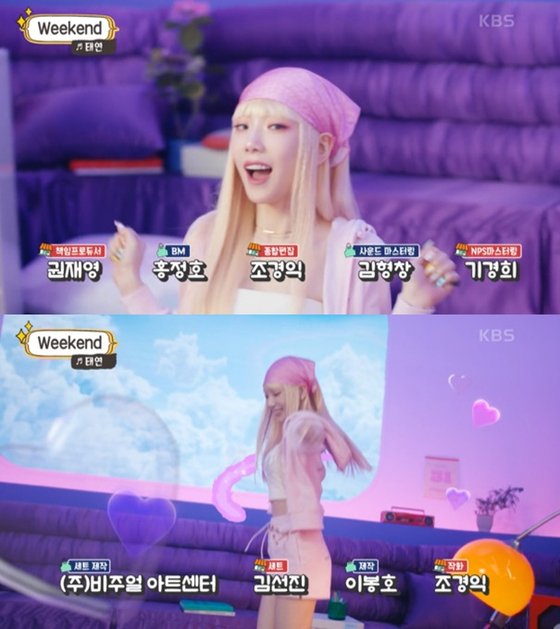 
Regarding the leak of Girls’ Generation member Taeyeon’s new music video “Weekend” on KBS on July 3, the singer’s fans are continuing to demand the state-run broadcasting company to explain what happened. KBS is yet to make any official comments.

Taeyeon has dropped her new single “Weekend” at 6 p.m. today. The music video was also released on the same day at the same time. However, it was aired for about 23 seconds at the end of an entertainment program on Saturday afternoon, a day before SM Entertainment released the teaser of the music video.

On Tuesday, an official from KBS told Ilgan Sports, an affiliate of the Korea JoongAng Daily, that they are “looking into the matter.”

In “Weekend,” Taeyeon sings about going away for the weekend and freely spending her time doing what she wants, with a retro-sounding guitar and synthesizer playing behind the melody.