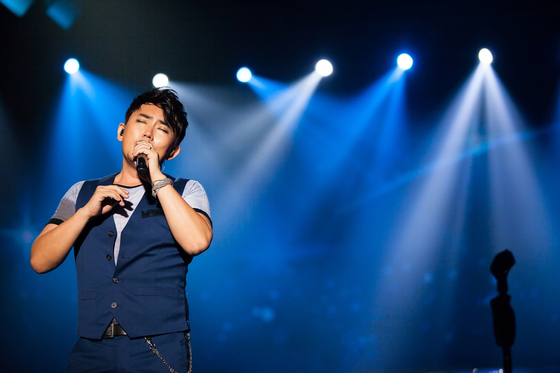 Veteran singer Lee Seung-cheol, who celebrates the 35th anniversary of his debut this year, will drop a remake of his hit song "My Love" on Nov. 5. [FLEX M]


Veteran singer Lee Seung-cheol will be dropping a special single to mark the 35th anniversary of his debut on Nov. 5, his agency Flex M, a new music label established by Kakao M, announced on Tuesday.

The special single will be a remake of his song "My Love," which was the title track of his 11th album released in 2013. The special anniversary version of "My Love," according to Flex M, will be a duet, which features Taeyeon of Girls' Generation, "a top-notch female artist who also has special ties with Lee."

Flex M said that Lee is also working on a new full-length album to mark his 35th anniversary, aiming to release it earlier next year. The album will include remakes of some of Lee's legendary hit songs, though the agency did not reveal which songs they would be.

He will also be kicking off a concert tour across five cities in Korea beginning Nov. 23.

The singer is best known for hits like "Never Ending Story," "My Love," and "Girls' Generation."