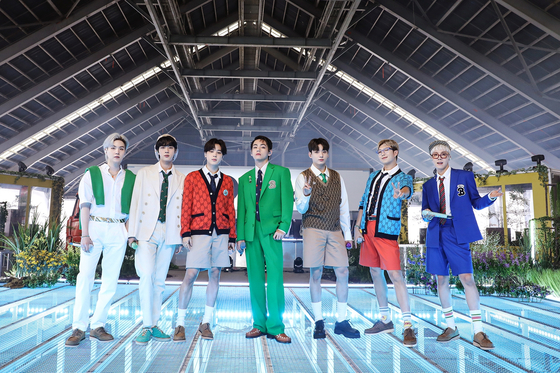 BTS is set to perform three songs: Two of their hit singles that have topped the Billboard’s main singles chart “Dynamite” (2020) and “Permission to Dance” (2021), and a special cover of “I’ll Be Missing You,” a song by rapper Puff Daddy and singer Faith Evans.

The performance follows the tradition of BBC Radio 1's "Live Lounge," where artists are encouraged to perform an acoustic version of a song by another artist.  The segment has aired for over 15 years, with many of the world's top artists taking part.

Following their radio performance, on July 28, BTS will also star in their first BBC One TV special “BTS @ Radio 1,” which will air on BBC One and BBC iPlayer.

The BTS special will be an exclusive interview hosted by Radio 1 presenter and British actor Adele Roberts.