Korean golfers finish outside of contention at 2020 Olympics

Korean golfers finish outside of contention at 2020 Olympics 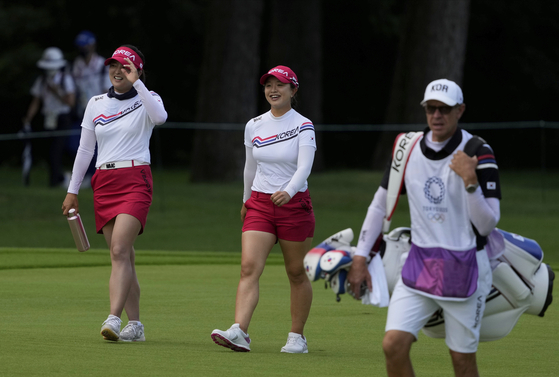 Ko Jin-young, left, and Kim Sei-young walk on the second fairway during the final round of the women's golf event at the 2020 Summer Olympics on Saturday at the Kasumigaseki Country Club in Kawagoe, Japan. [AP/YONHAP]


All four Korean golfers missed out on their chance at a medal at the end of the four rounds of the women's golf tournament at the 2020 Tokyo Olympics on Saturday.

It's a disappointing result for the world-class Korean golfers, Ko is world No. 2, Park is No. 3,  Kim Sei-young is No. 4 and Kim Hyo-joo is No. 6. Not only is Korea one of only two countries with the maximum four competitors eligible to compete in the women's event in Tokyo, but Park started the Games as the reigning champion, having won the first-ever women’s golf gold medal in 2016.

However, things have been rough for Korea starting from the second round. After the first two rounds, Ko was the only Korean to remain in the top 10, finishing tied for sixth while Park slipped down to 24th.

But on the last day, Kim Hyo-joo played the best of the team, cutting down four to jump up three steps to tie for 15th alongside two other golfers.

“I played the last round the best,” Kim Hyo-joo said at a post-tournament interview. “I learned so much about golf, and more than anything else it was a great experience to represent Korea on Olympics.” 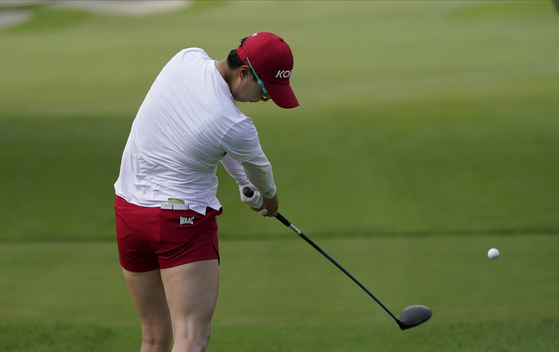 Kim Hyo-joo hits a tee shot on the 12th hole during the final round of the women's golf event at the 2020 Summer Olympics on Saturday at the Kasumigaseki Country Club in Kawagoe, Japan. [AP/YONHAP]


Park was able to cut down only two on the last day of the event.

“There weren’t as many chances to birdie today compared to the previous rounds,” recalled Park.

“For the last five years, I prepared really hard. I don’t regret the process but I can’t say the results aren’t disappointing.”

Kim Sei-young and Ko, who tied for ninth and finished the best of the team, each topped the board for specific player statistics.

Ko was tied with Korda in hitting the most greens in regulation, 59 out of the total 72 holes. When a golfer hits a green in regulation, the ball lands within putting distance of the hole in as many or fewer than the number of shots for par.

It means that for most of the holes, Ko was able to land the ball within putting distance where she would potentially par or birdie. Kim Sei-young had the least bogeys of the Games, bogeying once on round one, three and four, a total of three, one less than Korda.

For 28-year-old Kim Sei-young and 33-year-old Park, this is their second Olympics.

“Realistically, I came to the Games thinking this is my last. I’ve waited a long five years for the Tokyo Games and the three years that I would need to wait for the Paris Games are going to be longer than that,” answered Park when asked about the 2024 Paris Games.

All four Koreans had finished their rounds when heavy rain and dangerous weather conditions hit the course. With concerns that weather could mar the tournament, the final-round tee times had already been moved up to start at 6:30 a.m., but the adjustments could not prevent the effects of a tropical storm.

Right after the lead group teed off on the 17th hole, the horn blew to take six golfers off the course. After the Games resumed, Korda clinched gold, one shot ahead of Mone Inami of Japan and Lydia Ko of New Zealand who played the silver medal play-off. The Japanese golfer took home silver and the New Zealander took bronze.