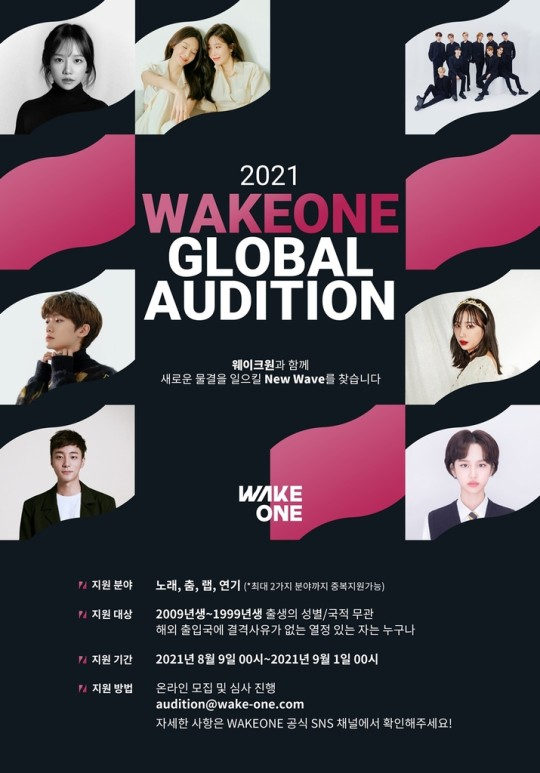 Anyone born between 1999 and 2009 who has a passion for singing, dancing, rapping, or acting can apply until Aug. 31.

Applicants must include a self-introduction in Korean, as well as in their mother tongue, and photos and videos of themselves singing, dancing, rapping or acting. The video should be no longer than two minutes and 30 seconds.

The agency also asks applicants to post their performance videos on social media with hashtags like #wakeone #wknaudition.

Applications can be made to audition@wake-one.com and for more detailed information, go to the agency’s social media channels.

[CELEB] Jo Yuri is back with breakup power anthem on new EP 'Op.22 Y-Waltz : in Major'