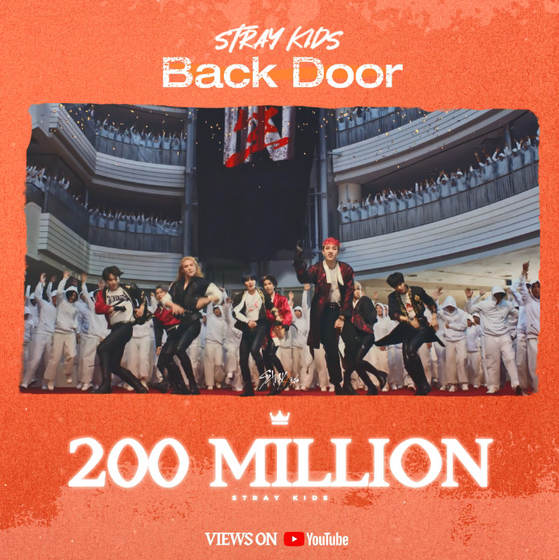 “Back Door” is the band’s second music video to reach the milestone, following “God’s Menu” (2020), which hit 200 million views in March.

“Back Door” is the lead single of “In Life,” which is the repackaged version of its first full-length album “Go Live.” “In Life” was released in September last year.

The song was produced by 3RACHA, the band’s songwriting subunit. It consists of members Bangchan, Changbin and Han. 3RACHA also produced “God’s Menu” among other songs for the band.