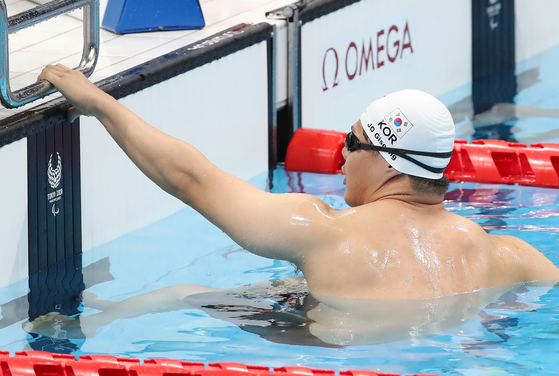 Jo started out the race in lane one and was in eighth place with just 50 meters left in the race, but managed to pull himself up to seventh in the last length. Ami Omer Dadaon of Israel set a new world record with his gold medal-winning time of 2:44.84. Jo finished at 3:13.81, 28.97 seconds behind the winner.

Swimmers who can use their arms and hands but not their trunk or legs compete in the S4 class. Jo was born with cerebral palsy and started swimming to assist his rehabilitation.

Jo is a world-class swimmer, having previously won gold medals in the men's 50-meter, 100-meter and 200-meter freestyle at the 2016 Rio Games. Earlier in the day, Jo finished seventh out of the 12 swimmers in the freestyle preliminaries, where the top eight advanced to the finals. Jo swam the 200-meters in three minutes and 13.77 seconds.

On the first day of the Tokyo Paralympics, Jo advanced to the finals of the SB3 men's 50-meter breaststroke finals with a record of 51.58 seconds despite being his first try competing in the men's breaststroke race on the big stage. He finished sixth out of eight swimmers. On Thursday, he finished fifth in the men’s 100-meter freestyle final race.