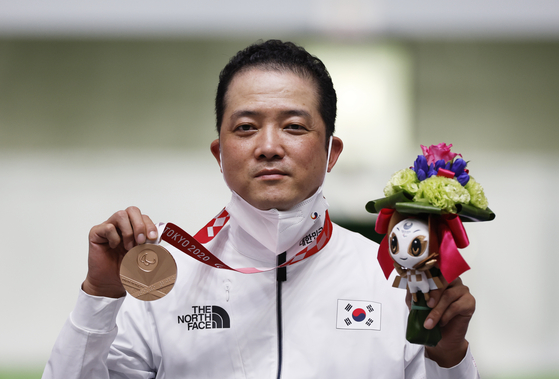 The 44-year-old outshot five other athletes including countryman Lee Jang-ho at the men's 10-meter air rifle standing class one finals held at the Asaka Shooting Range, winning the bronze medal with 224.5 points.

Class one for rifle events includes athletes that can support the full weight of the rifle themselves. As the rifle is held with both hands, athletes in this sport class have an impairment in their legs. 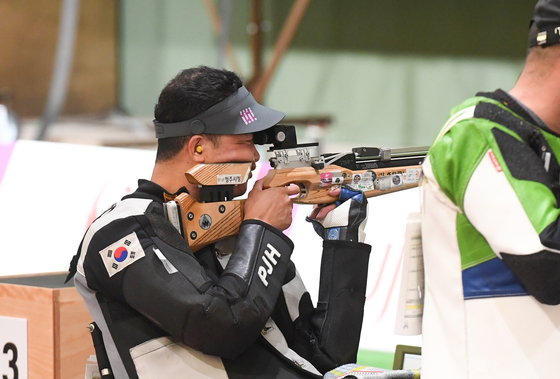 Park Jin-ho competes in the men's 10-meter air rifle class one finals at the Asaka Shooting Range in Tokyo on Monday. [NEWS1]


Park suffered damage to his spinal cord from a fall in 2002 when he was 25 years old. Taking up shooting in 2004 for his rehabilitation, Park has since become a veteran shooter with 10 international medals to his name. In 2014, Park won four gold medals and one bronze medal at the IPC Shooting World Cup in Germany and went on to win three gold medals and two silver medals at the Incheon Asian Para Games.

Having competed in four shooting events at the Rio Games and coming in fourth in the mixed 50-meter rifle prone event, he became a two-time Paralympian at the Tokyo Games. But more importantly, Park won his first-ever Paralympic medal on his first event at Tokyo.

Park's hunt for silverware at the Tokyo Games is far from over. He will also compete at the mixed 10-meter air rifle class one on Wednesday, the men's 50-meter rifle 3 positions on Friday and the mixed 50-meter prone on Sunday.