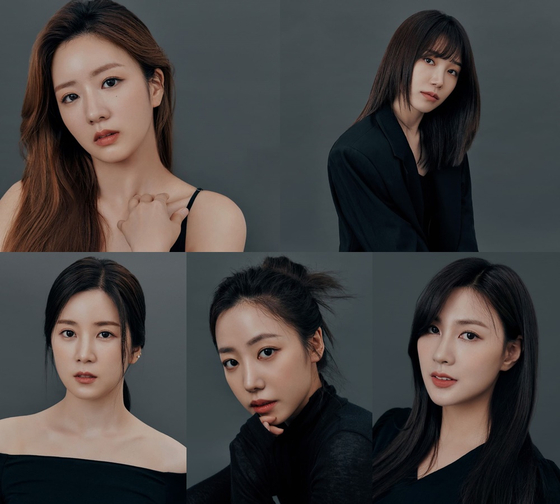 
Members of girl group Apink are celebrating the 10th anniversary of their debut with a new look, revealed to fans through new photographs.

According to Play M Entertainment on Wednesday, Apink members have taken more mature-looking photographs compared to 10 years ago. In two sets of photographs — one featuring the members in black outfits and the other in white — all seven members look sophisticated, posing like professional models.

The photographs, however, do not include Son Na-eun, one of Apink’s six members who signed with YG Entertainment in May after her contract with Play M Entertainment expired. Though she's managed by a different agency, YG Entertainment said she'll still be an "active member of Apink."

Play M Entertainment said Wednesday that Son was "unable to join the other members on the day of the photoshoot but Apink is still a six-member girl group that includes Son. Together and separately, the girls will perform on various stages."

Apink debuted in 2011 with EP “Seven Springs of Pink." Since then, the girl group gained popularity with hit songs like “Mr. Chu,” “NoNoNo,” “LUV,” and “Dumhdurum.”