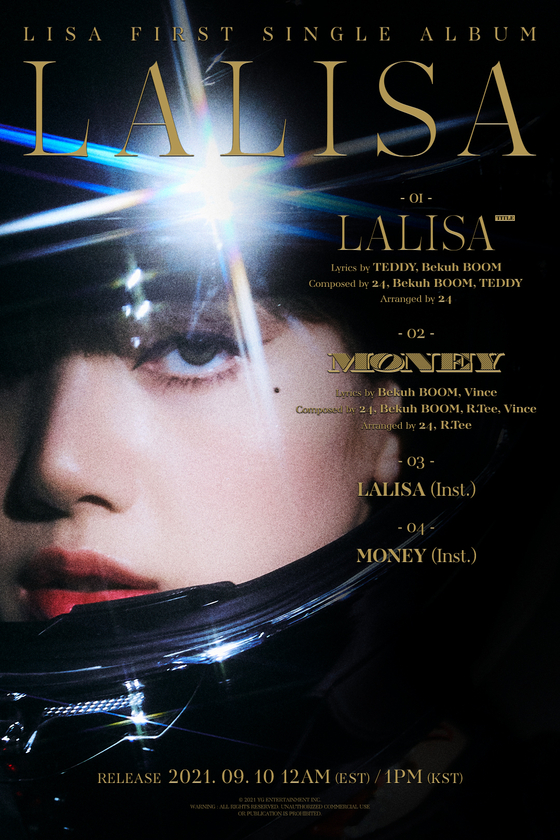 The team of producers, who belong to YG’s The Black Label, created many of Blackpink’s hit songs, such as “Kill This Love,” “Pretty Savage” and “Whistle.”

“The two tracks ‘Lalisa’ and ‘Money’ are both hip-hop songs with dynamic rhythms, rhythmic melodies and outspoken rapping,” said YG Entertainment in a statement. “It’s about time for Lisa’s abilities to shine.”