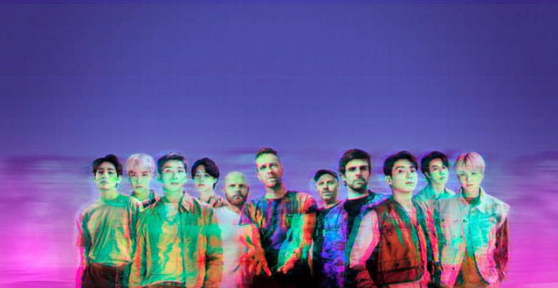 
Boy band BTS and British rock band Coldplay have collaborated on a single titled "My Universe" to be released on Sept. 24, according to Warner Music Korea on Monday.

On the same day, both bands also announced the upcoming release on their social media accounts.

"My Universe" will feature lyrics in both English and Korean. Coldplay and BTS joined forces to write the melody and lyrics.

The track will also be included on Coldplay's upcoming ninth full-length album "Music of the Spheres," set to drop on Oct. 15.

The entire tracklist for "Music of the Spheres" was released in July, but the fact that BTS had collaborated on a track had not been revealed. Nonetheless, rumors of BTS's participation have been circulating online.