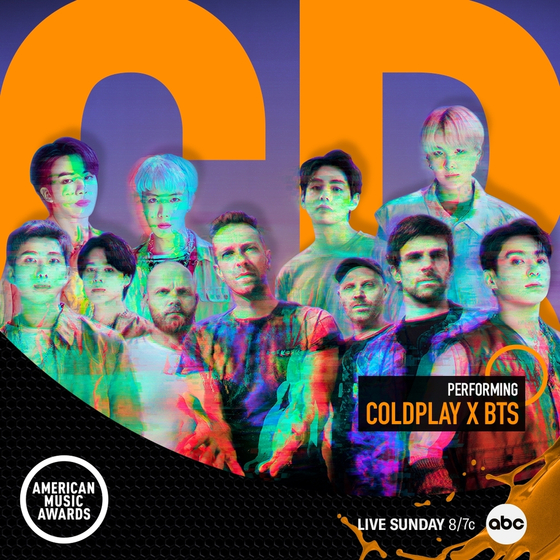 BTS and Coldplay will perform together for the first time at 2021 American Music Awards for their collaborative single "My Universe." [BIG HIT MUSIC]

It will be the first time the bands performed together since the single was released in September. The song debuted at No. 1 on the Billboard Hot 100 chart and remained on the chart since its release.

BTS is also set to perform its megahit “Butter” at the ceremony with rapper Megan Thee Stallion. The two collaborated on a remix of “Butter” that dropped in August. The original version was released in May.

BTS has been nominated in two categories of this year’s AMAs: Artist Of The Year and Favorite Duo or Group. “Butter” is nominated for Favorite Pop Song.

The AMAs are scheduled to take place at the Microsoft Theater in Los Angeles. Local streaming platform Watcha will stream the event live starting at 10 a.m. on Nov. 22 Korean time.