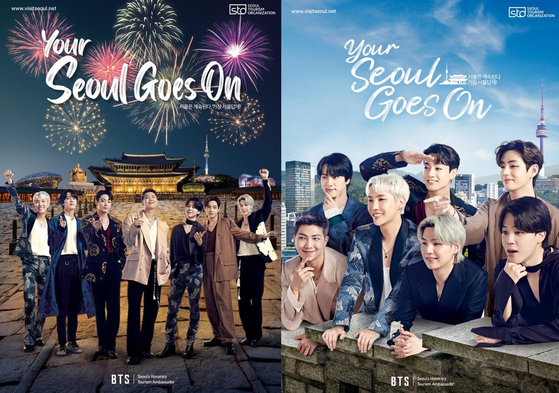 
A series of promotional videos created by Seoul Tourism Organization featuring BTS surpassed a total of 100 million views on YouTube and its other social media channels since being released on Sept. 9.

The videos were created as part of the organization’s global campaign “2021 Your Seoul Goes On” to console business owners and the tourism industry struggling due to the prolonged Covid-19 pandemic, and to support medical staff on the frontline battling the virus.

On one of the videos featuring the band titled “EoGiYeongCha Seoul BTS,” over 24,000 comments have been posted.

At 4 p.m. on Thursday, a special video of a talk show with the band will be released on the organization’s official YouTube channel to celebrate the band’s fifth anniversary as promotional ambassadors since they were selected in 2017.